Alien Abduction is the phenomenon of forced contact with one or more extraterrestrial species, often with the purpose of experimentation or torture - it is heavily used in both fiction and paranormal encounters : the alien most associated with abduction of humans continues to be the Greys, who some believe are incapable of breeding as a species and thus abduct humans for use in medical experimentation and impregnation.

Most scientists and mental health professionals explain these experiences by factors such as suggestibility (e.g. false memory syndrome), sleep paralysis, psychopathology, and even lying.

Skeptic Robert Sheaffer sees familiarity between the ETs (extraterrestrials/aliens) depicted in sci-fi films, in particular Invaders From Mars (1953), and some of those reported to have actually abducted people. Folks claiming to have been abducted are usually called "abductees" or "experiencers".

Typical claims involve forced medical examinations that emphasize the subject's reproductive systems. Abductees sometimes claim to have been warned against environmental abuse and the dangers of nuclear weapons. The contents of the abduction narrative often seem to vary with the home culture of the alleged abductee. UFOs, alien abductions, and mind control plots can also be part of radical political apocalyptic and millenarian narratives.

The concept has since been used in many other media and it ranges from the comical to the terrifying, in order to qualify as a true Alien Abduction a victim must be captured and taken aboard an alien vessel: this separates Alien Abduction from other kinds of alien encounters and due to its nature Alien Abduction is considered one of the most fearful scenarios in any setting. 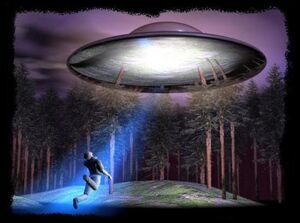 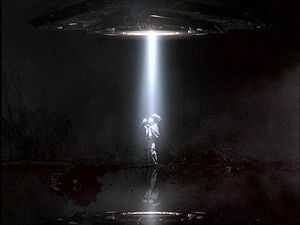 The Fire in the Sky abduction scene.

Peter Quill is abducted by Yondu.

Peter Quill being abducted.
Add a photo to this gallery 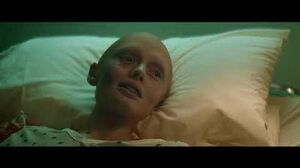 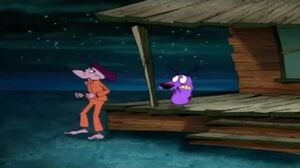 Courage The Cowardly Dog The Duck Brothers Part 1 - Blue Crocodile
Muriel is abducted by the Duck Brothers.
Add a photo to this gallery
Retrieved from "https://evil.fandom.com/wiki/Alien_Abduction?oldid=106848"
Community content is available under CC-BY-SA unless otherwise noted.