To forever serve as one of The Order's very own places of worship in Silent Hill.

The Balkan Church is a Christian church within the eldritch haunted town of Silent Hill belonged to the local religious cult known as The Order and a location visited in the original Silent Hill videogame. It is located in the Old Silent Hill section of the town on the corner of Bloch St. and Bachman Rd.

Very little known about this church building other then it is constructed during the town's recorded history to be a place of spiritual solace to all who seek refuge and insight into their hearts, is that behind its peaceful facade is where some of The Order's cult members and its leaders such as Dahlia Gillespie meet and even secretly practiced the art of gyromancy in which the cultists would spin around and around until they either drop and finally received a vision of the future.

Harry Mason first meets Dahlia here following his journey in the Otherworld version of Midwich Elementary School. Harry is drawn to the church by its ringing bells, most likely rung by Dahlia herself.

After leaving Harry with her explanation of what is happening to the town (although further confusing him), Dahlia also entrusts Harry with the Flauros. Harry also finds the Drawbridge Key inside the church and is then able to enter Central Silent Hill during his ongoing search for his missing adopted daughter Cheryl. 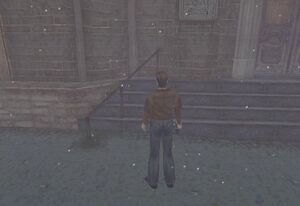 Outside the Balkan Church. 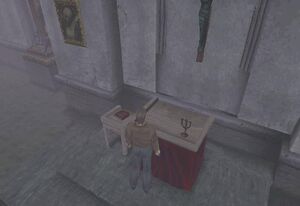 Inside the Balkan Church. 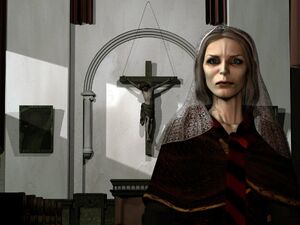 Dahlia residing in the Balkan Church. 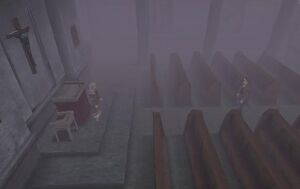