To be Baron Pete's hideout and his home.

The exterior of the castle is all purple, 6 towers with pink roofs and with a thunderstorm cloud around the castle's high tower. The interior design begins with green corridors full of chains and fire pits; rosy brown foyer with pink torn curtains, yellow-green armors and mirrors; yellow balcony with dark blue walls, spike balls and spears in ground, pillars with snake heads sculpted and cannons; and a dark purple Pete's tower with red curtains, 2 golden cauldrons and purple crystal ball.

This castle was discovered by Mickey and Minnie when the couple traveled the halfway across Calisota on the search for Baron Pete which was the responsible of the topsy-turvy mayhem in the enchanted circus. During the exploration, Mickey and Minnie risked their lives for defeat Baron Pete with all their skills and good magic and save all of the magic land of Calisota from his evil power. As for the "Baron" after his defeat (in both his Sorcerer and Dragon forms), his spirit was now forever entrapped in a magic crystal at his Castle's high tower where he uses to harness his evil magic, and that orb has thrown off by Mickey from the castle and into a vast distance, never to be seen nor heard from again. 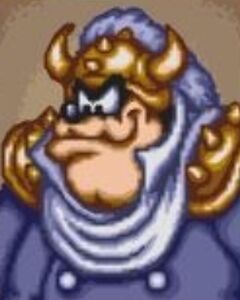 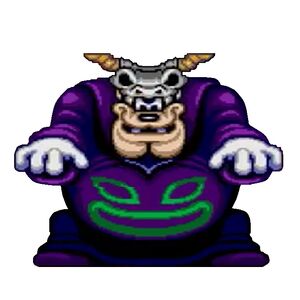 Baron Pete in his Sorcerer robe. 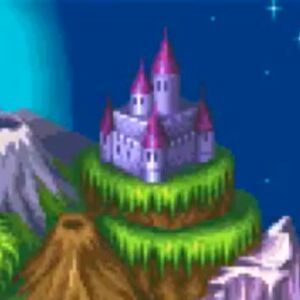 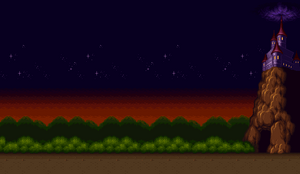 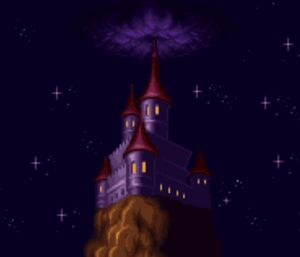 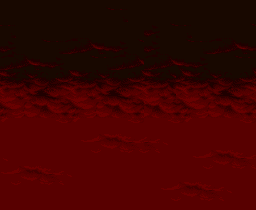 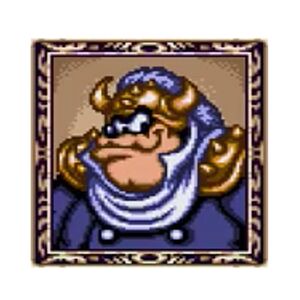 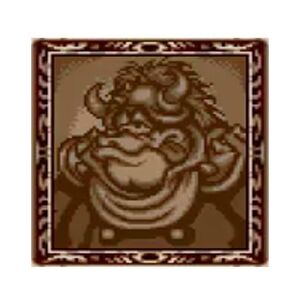 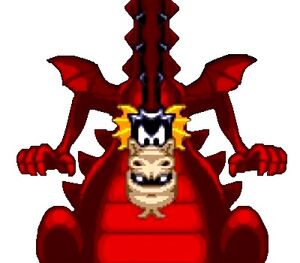 Dragon Pete
Add a photo to this gallery
Retrieved from "https://evil.fandom.com/wiki/Baron_Pete%27s_Castle?oldid=48298"
Community content is available under CC-BY-SA unless otherwise noted.