The Evil Wiki
Register
Don't have an account?
Sign In
Advertisement
in: Magic, Dark Forms, Villainous Tools and Other Items,
and 2 more

Dragon Quest: The Adventure of Dai

To blow up the surface world.

The Black Core is a magical explosive in the manga Dragon Quest: Adventure of Dai. This supernatural device created in the demonic realm Makai by the evil creature Vearn, and is powerful enough to completely obliterate an entire continent.

The Black Core is used by Vearn as his plan to destroy the surface world so that sunlight will reach underworld Makai and draw and spread all of its malice upon all.

In order to achieve this, six of the Black Cores which are manufactured after the evil magical bomb, are placed in six of the 7 demonic towers called the Pillars of Vearn, which were dropped from Vearn’s Palace to the world of mortals, they formed a star-like formation, which, according to Vearn, can lead to an explosion that will completely destroy the surface world.

In the end, all six Black Cores were frozen to prevent them from detonation.

Aside from being used in his plan of genocide, Vearn also placed a Black Core within Hadlar’s body without the latter’s knowledge, as a means to kill the disciplines of Avan. However, Baran ultimately gave up his life to foil Vearn’s plan.

Finally, a Black Core is also found in the puppet body of Kill-Vearn, which is revealed in the very end of the story as an attempt for Kill to destroy humanity for his true master, Velther. However, Dai ultimately carried the puppet into the sky where it blew up, thus it was unable to serve its purpose. 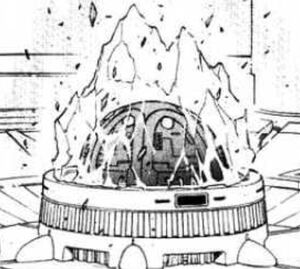 The Black Core
Community content is available under CC-BY-SA unless otherwise noted.
Advertisement