The Black Gears (in Japanese: 黒い歯車 Kuroi Haguruma) are flying, mechanical dark gears of varying size with DigiCode symbols inscribed on them that are the villainous tools in Digimon Adventure 01. Those mind control devices are used by the sinister Champion Level Digimon Devimon to create his own minions in his war against the DigiDestined by twisting good Digimon as other Digimon (evil or neutral) into evil as well as often sending them into an angry, berserker rage.

The Black Gears are evil devices used by Devimon to control good Digimon and turn them evil. Although Devimon himself did not invented the Black Gears, but he can summon them and transform other Digimon into them. The Black Gears are built into the very structure of the File Island so that the island and its pieces of land can be split or united by operating them, and reformatting the geography of the island itself. The Black Gears can also be used to cause innocent Digimon to become insanely hostile, or further empower evil Digimon. Interestingly, the Black Gears themselves are stored within the interiors of the Infinity Mountain whose peak is the site of Devimon's Castle.

However, the Digimon under their influence can be set free by destroying the gear or by the light of a DigiDestined's Digivice which, expels evil, can expel Black Gears from one of their victims, thus returning those infected Digimon to their normal personality, and completely destroying these gears.

After Angemon destroys a giant Devimon empowered by all remaining Black Gears from all over the File Island during the DigiDestined's ultimate battle with him at the Infinity Mountain, all the Black Gears are forever destroyed and the entire File Island returned to it's normal with it's lands restored and united together. 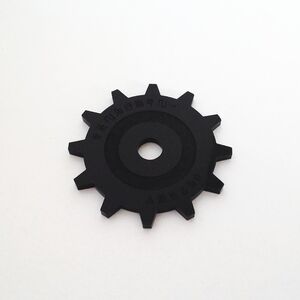 One of the Black Gears. 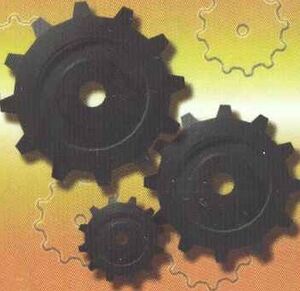 An artwork of the mechanical Black Gears.
Add a photo to this gallery

Retrieved from "https://evil.fandom.com/wiki/Black_Gears?oldid=63399"
Community content is available under CC-BY-SA unless otherwise noted.