In 1786, the year after the Witch was banished, all her accusers and half the children of the town vanished into the woods never to be seen again. The woods became feared and so everybody in the town fled after the Winter ended and they never spoke of the town again.

The party was found at a cliff named Coffin Rock, completely gutted and mutilated by an unknown individual, whom people immediately suspected as the Witch. More murders took place in the woods, in the 1960s and 1990s. Once in the 1960s was when a man named Rustin Parr lived in a secluded House within the woods and began being haunted by the Blair Witch, who told him to kill several children for her. The childrens' bodies were found in the woods mutilated.

By 1994, the woods were considered so evil nobody would go inside not even for a walk. Everyone admired Heather Donahue, Joshua Leonard and Michael "Mike" Williams, for being brave enough to enter the Black Hills forest. Soon, however, they learned of the nature of the evil woods, when they became lost and were eventually killed by the Witch.

The Black Rock Road runs through the Black Hills area near Burkittsville, Maryland.

In 1994, when three student filmmakers went missing in the Black Hills Forest, the only piece of evidence police found was Joshua Leonard's car parked on this road.

A section of the Tappy East Creek within the forest is where Eileen Treacle disappeared. The oily bundles of sticks that appeared for weeks afterward made the water undrinkable. 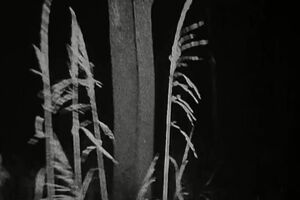 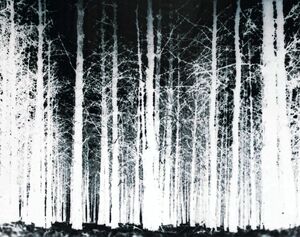 The Black Rock Road
Add a photo to this gallery

Retrieved from "https://evil.fandom.com/wiki/Black_Hills_Forest?oldid=47527"
Community content is available under CC-BY-SA unless otherwise noted.