Deceased ghosts
All the citizen

To infect and corrupt both the living and the dead upon contact.

To be used by Ivo Shandor and the Gozer Worshippers for flooding Earth with both negative energy and horrific legions of undead ghosts as well as powering their means for the coming of their dark deity Gozer.

The Black Slime is a substance found in locations of intersection between the "real" world and the "ghost" world. Black Slime can be completely neutralized by the positively charged Psychomagnotheric Slime that is used by Ghostbusters.

Black Slime in its initial state is an extremely dangerous substance that is formed of Ectoplasm and is supersaturated with negative energy. It is incredibly caustic and will cause damage to both the body and soul of anyone heedless enough to come into contact with it. Black Slime is usually very rare, however.

It is first encountered by the Rookie in the Sedgewick Hotel, in the kitchen. When encountered in front of the theater, on the Times Square, Ray Stantz warned that the slime is very dangerous and that he and Egon Spengler have not been able to develop uniforms and boots to counteract its deadly nature. Contrary to the Mood Slime encountered during the Vigo Incident, the slime is not used to channel negative energy to a human host.

The Cult of Gozer under the leadership of Ivo Shandor, was able to capture a Sloar which proved to be nearly limitless source of this usually rare, slimy resource. This mass-produced Black Slime was used to create Psychomagnotheric Slime, which filled New York's underground tunnels. However, the Cult also found other uses for the Black Slime.

The Black Slime was used by the Cult's members to empower themselves magically, allowing them to create such things as Mandalas and properly operate them. Large amounts of Black Slime were placed in each of Mandala's locations. Ivo Shandor and his fellow cultists discovered that the Black Slime, in big amounts, could be used to create rifts for ghosts to enter our world. As the Cult's important places (which Ghostbusters later visit in 1991) were filled with this slime, the ghosts were feeling themselves very comfortable to manifest in big amounts.

The slime was also the tool that granted the Cult members eternal life: many of the cultists manifested in the form of Black Slime creatures, while the most powerful of them, like the Chairman, Azetlor the Destroyer and Spider Witch, were able to use it to boost themselves into powerful "supreme deities", still dependent, though, on the slime, as their power were directly connected to a Mandala's functioning.

While many of the most powerful Gozer Worshippers were able to manifest in their ghost forms without the help of the Black Slime, other were "bound" to it and reappeared in the forms of minions entirely or partially composed of slime. 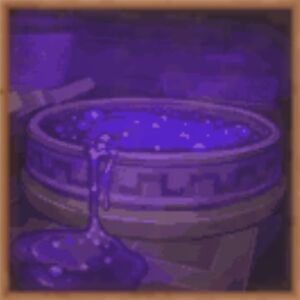 The Negatively Charged Ectoplasmic Source, wellspring and creation of the Black Slime 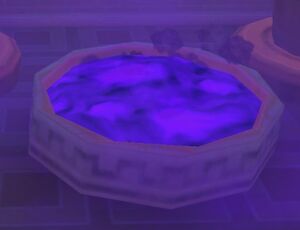 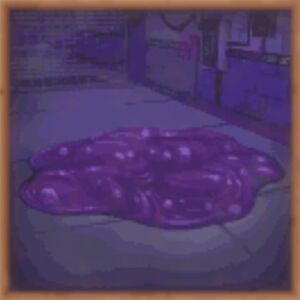 The Negatively Charged Ectoplasmic Residue, left behind by the Black Slime which it came from.
Add a photo to this gallery

Retrieved from "https://evil.fandom.com/wiki/Black_Slime?oldid=66849"
Community content is available under CC-BY-SA unless otherwise noted.