Camp Chippewa is an American summer camp both Wednesday and Pugsley Addams "attended" and a location in the hilarious 1993 movie sequel Addams Family Values. Chippewa is a camp mainly for "privileged young adults" and run by the married couple Gary and Becky Martin-Granger for the two themselves are ever cheery and smiling, enforce and embody the "white upper-class" stereotype both personally and through their management of the camp.

The camp's main population are cliché Caucasian American upper-middle-class children including the snobbish rich girl Amanda Buckman, who throughout the film are shown to be just as stereotypically chipper, arrogant, elitist and obnoxious, which causes great distress to the Addams and strong tensions with the Addams children. There is also seen to be a smaller minority population of "misfits" who do not fit the privileged, chipper white young-adult stereotype. These unhappy campers include Consuela, Esther, Irwin, Jamal, Mordecai, Yang, and the Wheelchair Camper. This contrast is most clearly seen in the Thanksgiving Play entiltled "A Turkey Named Brotherhood", with the "normal" campers playing the roll of American pilgrims, portrayed as superior and advanced and the "misfit" campers cast as the Native American visitors, which the play portrays as primitive and inferior.

When Debbie "Black Widow" Jellinsky, the Addams family's new nanny, suspected that the 2 elder Addams siblings (especially Wednesday) were suspicious of her advances on Uncle Fester and could possibly interfere with her schemess, she then hatched a plan to get rid of them. She tricked Gomez and Morticia into believing that their children earnestly wanted to attend a summer camp, and that they should send them as a surprise, not telling them beforehand (saying they would earnestly deny everything). The Addams parents, although unsettled by the thought of their children wanting to attend camp, obliged.

Somewhere on the side of the camp is the "Harmony Hut, a small cabin filled with posters of babies with inspirational messages, stuffed animals and an appallingly complete video library of happy, cheery feel-good children's movies. It is where Gary Granger and Becky Martin-Granger forced Wednesday, Pugsley and Joel Glicker to spend time there watching musical live-action movies (including Lassie Come Home, The Sound of Music, The Brady Bunch and 1982's Annie) and animated Disney films (including Bambi and The Little Mermaid) when they refused to participate in camp activities.

The camp burned down in a rebellion by the misfit campers, led by Pugsley and Wednesday, and also the introverted 14-year-old Joel Glicker, who, after aiding their escape from the camp, stayed behind to watch the whole place burn before both Joel and Wednesday exchange (relatively) emotional goodbyes (by saying "Cara Mia" and "Mon Cher") and share a kiss through the camp's chainlink fence as the Addams siblings drove off in a white van and flee for home. Later, following the 2 Addams siblings' return home, one of the camp's now former attendees, Amanda Buckman, alongside her parents, Mr. Donald "Don" Buckman and Mrs. Ellen Buckman, were seen in a plane, all with grumpy, worn-out expressions. They would, to their total discomfort, spot baby Pubert Addams happily greet them after being flung into the air then falling back down before Debbie Jellinsky's demise via electrocution. 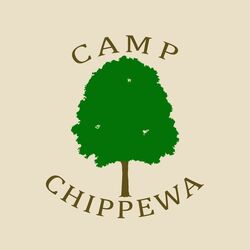 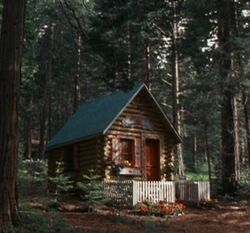 Add a photo to this gallery
Retrieved from "https://evil.fandom.com/wiki/Camp_Chippewa?oldid=43767"
Community content is available under CC-BY-SA unless otherwise noted.