To remain as the home and lair of Cherubimon.

Cherubimon's Castle (in Japanese: ケルビモンの城 Kerubimon no Shiro) is a tall castle that is home to the Celestial Digimon Cherubimon and it is located at the Rose Morning Star in the Continent of Darkness within the Digital World. It is featured as one of the well-known locations in Digimon Frontier. This fortress is where Cherubimon who calls it home, collects all of the data his minions gather for him. There is a room where he compresses all of his accumulated data into a small glowing orb, and a room dedicated to the Spirits. The castle also contains an ornate entrance guarded by Phantomon, the Hall of Shadows in which Cherubimon holds those who sacrificed their souls to him, and the Light Barrier, a chamber that is a place of pure light and where another Celestial Digimon named Ophanimon is held in a cage of light beams. Beneath the castle is also where the vicious mass murderer IceDevimon is imprisoned.

The DigiDestined infiltrated the castle in order to rescue Ophanimon and come into conflict with the Phantomon guards. Though the Phantomon are able to lock away most of the DigiDestined into their prison space, Loweemon is able to free them and win entrance into the castle. They end up wandering through the Hall of Shadows, where the trapped Digimon within attempt to attack them, but Oryxmon drives the shadows off with his holy bell. Oryxmon, a servant of the Celestial Digimon, guides them to the Prison of Light where Ophanimon is held, and the DigiDestined meet the one who chose them for the first time.

Ophanimon elaborates on the snippets of the story they have heard before, about how she and Seraphimon came to be trapped and why she called them to this castle. Cherubimon, however, interrupts their conversation and reveals that they have merely played into his hands—the reason why the DigiDestined were allowed entrance was so that he can take their Spirits for himself. Cherubimon begins by striking down Oryxmon, and though the DigiDestined attempt to attack, the Light Barrier's immense light prevents any of their attacks for having any effect. As the strongest, Aldamon and BeoWolfmon take Cherubimon out into the area around the castle to fight, leaving the other DigiDestined to slowly break Ophanimon free by attacking the walls which anchor her prison. Cherubimon is too strong for even Fusion Evolution, as he defeats and steals the Spirits of the DigiDestined until only Zoe is left. The cage is weakened enough for Ophanimon to break free just as Zoe loses her Spirits. Ophanimon manages to trick Cherubimon into giving the Spirits up, but this action angers him enough to kill her, and with the last of her strength she upgrades Takuya's and Koji's D-Tectors. With the new power of Unified Spirit Evolution, they become EmperorGreymon and MagnaGarurumon.

The new Warriors manage to beat Cherubimon, but the destruction of the castle in the midst of battle frees IceDevimon, who the DigiDestined are forced to defeat. Unfortunately, Cherubimon reveals that he is alive at the conclusion of that battle. By absorbing the data he collected, Cherubimon becomes even more powerful, but after a desperate fight in which even the castle remnants are further destroyed, the DigiDestined defeat and purify Cherubimon, but the data he absorbed would be transferred to the dangerous ancient creature within the Dark Area who was secretly controlling Cherubimon the whole time, the tyrant Lucemon.

There is a complete layout of indoor chambers areas located within the entirety of Cherubimon's Castle. But there are also untold dangers, challenges and horrors found within the towering labyrinthine palace waiting around at every corner for Lord Cherubimon's "guests". 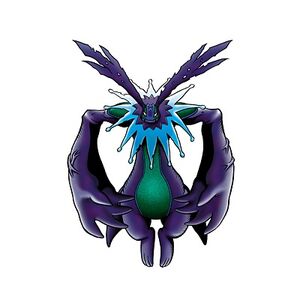 The evil Lord Cherubimon in his Virus form. 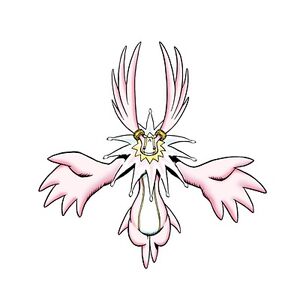 The once benevolent Cherubimon in his Vaccine form. 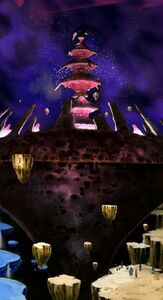 The Digidestined arrived outside Cherubimon's Castle. 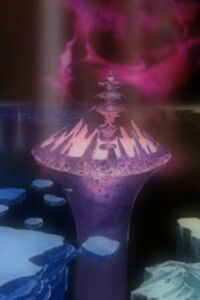 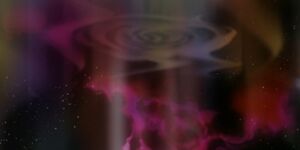 Cherubimon's Castle at the heart of Rose Morning Star. 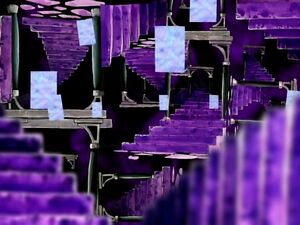 The Hall of Shadows inside Cherubimon's Castle. 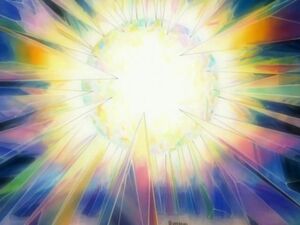 The Light Barrier where Ophanimon was imprisoned. 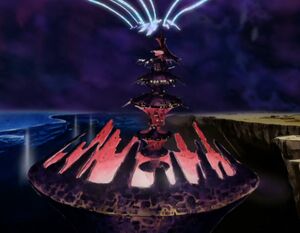 Add a photo to this gallery
Retrieved from "https://evil.fandom.com/wiki/Cherubimon%27s_Castle?oldid=63871"
Community content is available under CC-BY-SA unless otherwise noted.