The Chronic Backstabbing Disorder is when a specific character constantly and successfully betrays their apparent allegiances, only to move on to a new group and repeat the pattern. The character may be doing it for a higher purpose (making them The Chessmaster) or their own selfish betterment (making them a Wild Card), or they could just be Ax-Crazy. Different from the Heel–Face Revolving Door in that it's not always a hero/villain swap, and in fact is usually switching between different groups of antagonists.

Named for Revolver Ocelot's "condition" in The Last Days of FOXHOUND, which is his proclivity for this deliberately flanderized into a physical compulsion for comedic reasons.

Frequently happens when a Magnificent Bastard plays the Enigmatic Minion. Related to The Starscream, except that that character type does not succeed (most of the time, anyways, and when they do, they usually do not get to revel in it for long). These characters are also commonly Chaotic Neutral, Chaotic Evil, Chaotic Stupid, Stupid Evil, or Stupid Neutral (lawful and/or good characters tend to see betrayal as a big no-no, and Neutral Evil characters (probably) won't betray their current allies just for the hell of it). Often a characteristic of The Starscream who has his own ruling plans but just as often an Opportunistic Bastard who doesn't mind being a follower and living in the shadow of the strongest side. 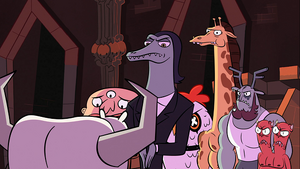 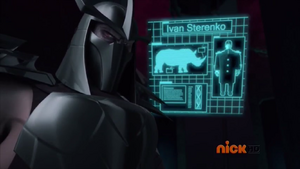 Shredder punishing Anton Zeck and Ivan Steranko by mutating them into Bebop and Rocksteady.

Ivan Ooze imprisoning both Rita Repulsa and Lord Zedd in a snowglobe while he takes over their Moon Palace. 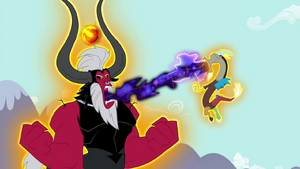 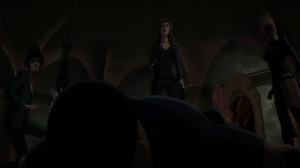 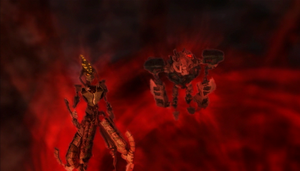 Nidhiki and Krekka were killed and absorbed by Makuta Teridax. 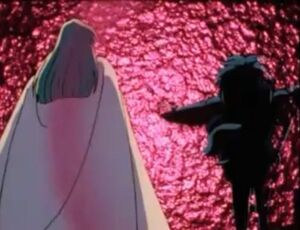 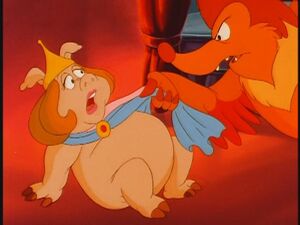 Rourke betraying Helga by throwing her off the blimp to lighten the load.
Add a photo to this gallery
Retrieved from "https://evil.fandom.com/wiki/Chronic_Backstabbing_Disorder?oldid=89957"
Community content is available under CC-BY-SA unless otherwise noted.