The Cult of Gozer (also known as Gozer Worshippers)

Many humans including new devotees of the Gozer Worshippers

The Church of Gozer Songbook is a songbook possesses all the different worship/chorus songs that were actually the updated ancient Sumerian droning rituals, and it was belonged to the Dark Church of Gozer, one of the sects of the Gozerian Society themselves. It is also a Cursed Artifact found in the Lost Island Rising level of Ghostbusters: The Video Game (Realistic Versions).

A dirge-like, haunting chanting rises quietly from this mytsical and sinister tome that, like the Gozerian Codex, was a treasured relic of the Gozer Worshippers who worships the power of Gozer the Destructor.

The Church of Gozer Songbook was originally created in 1919 A.D. Having resuscitated the Dark Church of Gozer and wanting to increase its popular appeal, Ivo Shandor made attempts at updating ancient Sumerian droning rituals to modern-day worship songs into the book.

The practice of singing in the "Church of Gozer" was abandoned soon afterward.

The Church of Gozer Songbook was taken along by the Ghostbusters on a flight to Schenectady, for reference in trying the identify the entity that appeared at a grand opening of the Fantastic Land amusement park. 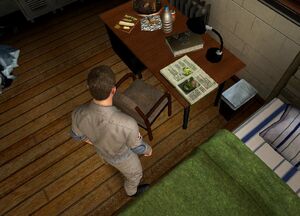 The Church of Gozer is found located within the Firehouse in Ghostbusters: The Video Game. 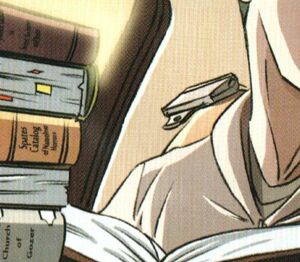 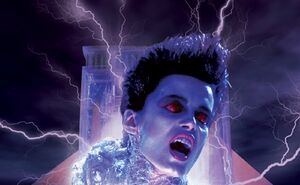 Gozer the Destructor
Add a photo to this gallery

Retrieved from "https://evil.fandom.com/wiki/Church_of_Gozer_Songbook?oldid=112394"
Community content is available under CC-BY-SA unless otherwise noted.