The Evil Wiki
Register
Don't have an account?
Sign In
Advertisement
in: Articles under construction, Villainous Tools and Other Items, Elementals,
and 2 more

Trap humans inside cotton candy so that the Killer Klowns can suck out their blood with "Krazy Straws" as they did with countless different victims all across the cosmos.

The Cotton Candy Cocoons are cotton candy-like cocoons from the 1988 sci-fi/horror comedy movie Killer Klowns from Outer Space. The titular Killer Klowns use their Klown Ray Guns to encase humans inside pink cotton candy, so that the Klowns can use their Krazy Straws to suck out their blood.

On a Friday night at the Southwestern American town of Crescent Cove, California, farmer Gene Green sees a strange glowing object landing in his backyard. The old farmer goes to discover it with his pet Alpine Dachsbracke Pooh Bear, but he instead finds a large circus tent. Pooh is then captured by the shadow of Jumbo, one of the Klowns with a net. Then, Jumbo appears and kills Green with a ray gun's switched laser that soon turns him into a Cotton Candy Cocoon.

Meanwhile, local teenager Mike Tobacco and his girlfriend Debbie Stone find the spaceship and decide to go inside it. At the Giant Refrigerator Room, they find at least 12 cotton candy cocoons inside. Debbie tells Mike "nobody stores cotton candy like this", but Mike doesn't believe her until he finds a bloody Green encased in one of them. 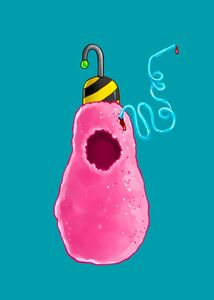 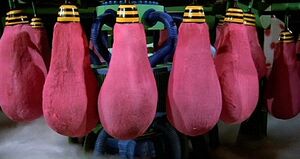 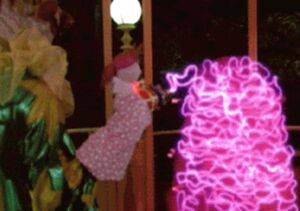 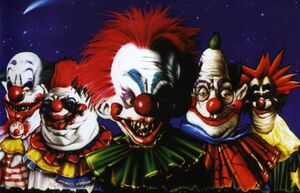 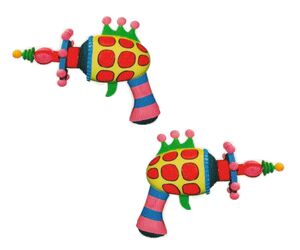 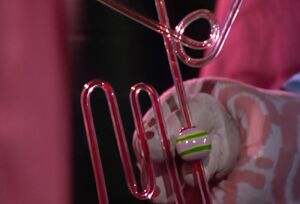 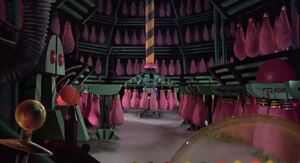 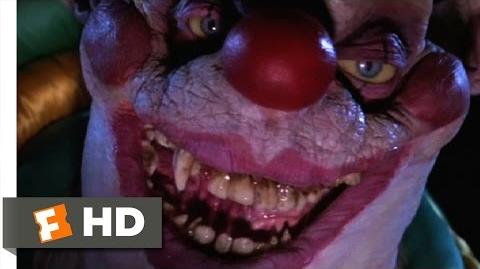 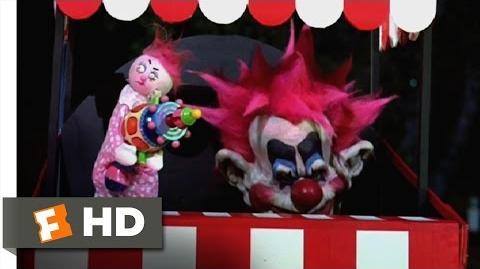 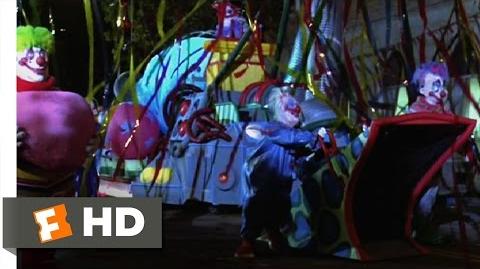 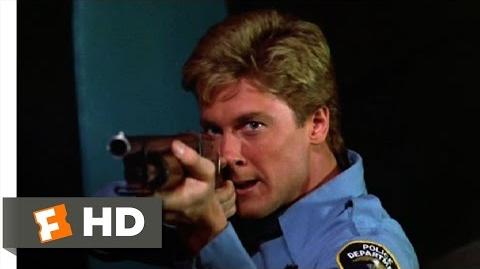