Countess Stanislav's Curse is the evil magic spell that was used by the angrily distraught Countess Stanislav in the short fantasy tale known as the Fairytale Collector - a promotional work for the European themepark "Efteling". the curse was set in motion after the Countess grew furious upon realizing that stories were being told once more, believing them to "cause bad luck".

Casting of the Curse

This terrible enchantment was formed via throwing powdes and toad's skin, magpie eyes and a witch's hair into a cauldron which then left to bubble and added more malicious ingredints such as worms, summoning the curse itself via the following incantation:

"Fantasia Go, Fantasia Go, follow the fiery glow. Take what I name, and throw it in the hurricane."

Upon completion of the evil curse, Countess Stanislav cackled and unleashed a wave of ghostly mist that spread out from the castle and soon covered both the castle and the nearby village.

Effects of the Curse

The curse caused all stories in the Fairytale Library to be erased, with all the text in the books disappearing - it also cast a darkness over the village and made people dejected, a cold silence following them as their happiness and imaginations were suppressed.

The land itself was left in a type of shadowy twilight, animals and birds grew silent, save for the cawing of crows, signalling the dark aura that now covered the once bright and happy place.

Removal of the Curse

The curse was ultimately undone when the wizard-like being known as the Fairytale Collector decided to take matters into his own hands and collected many magic twigs, which contained the stories of the world - he would give these twigs to Countess Stanislav's son and encouraged him to be himself and not allow his mother to dictate what he could do, with this the Fairytale Collector left but the young boy was changed by his words and soon played with the twigs, which revealed new stories to him.

This infuriated his mother at first but one twig brought back her deceased husband's ghost, who soon told her that his death was not the fault of anyone (much less stories) and by erasing all stories in the land she had made his life's work meaningless - suddenly remorseful for her actions the Countess was convinced she could not undo the curse.

However she was wrong and soon gathered all the magic twigs and tossed them in the cauldron, using the last of her magic to bring stories back to the world - lifting the curse (as well as completely removing her magical powers, returning her to a loving mother again rather than a wicked witch). 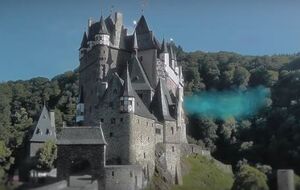 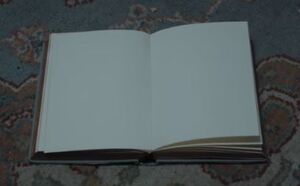 the curse removed all stories in the Fairytale Library from existence, leaving them blank pages.

the curse also left all in the village dejected and mournful, as well as casting shadow upon the land.
Add a photo to this gallery
Retrieved from "https://evil.fandom.com/wiki/Countess_Stanislav%27s_Curse?oldid=82737"
Community content is available under CC-BY-SA unless otherwise noted.