The Evil Wiki
Register
Don't have an account?
Sign In
Advertisement
in: Infections, Villainous Tools and Other Items, Elementals,
and 6 more

The Croatoan Virus, also dubbed "Croatoan", is a demonic disease in the Supernatural universe that infects people and turns them into murderous zombie-like creatures called "Croats" with varying degrees of intelligence, ranging from cruel and cunning to savage and mindless. It is transmitted through blood to blood contact. However Sam Winchester is shown to be immune to its effect. Lucifer, Azazel, and Pestilence hoped to use this virus to wreak havoc on Earth during the Apocalypse, but it was averted by Sam, Bobby, Dean and Castiel. Those with demon blood are immune to this supernatural illness of demonic origin.

The Winchester brothers arrived at the city of River Grove, Oregon, following a vision Sam had of Dean killing a man. As the entire town began to turn, Sam and Dean retreated to a local clinic where a doctor was studying the blood of an infected person and found traces of sulfur in the blood, which lead to the brothers concluding that a demon was at work.

The virus is spread by blood to blood contact and usually takes three to four hours for the symptoms and sulfur to manifest. However, Sam, who had blood contact with one of the infected people , showed none of the symptoms, even after five hours following his infection. When the doctor ran tests to check his blood, she found no traces of sulfur at all.

Near the end, it is revealed that the one responsible behind this virus is Dwayne Tanner, the man whom Sam saw Dean kill and who was in fact possessed. Communicating with the Yellow-Eyed Demon by the means of the Goblet of Blood, Dwayne informed the Yellow-Eyed Demon that "The Winchester boy is immune, as expected."

In the alternate future, the virus had been released in 2014 by Lucifer and had infected many people around the world. Those who were infected, called "croats", were shot on sight. A news report mentions the virus has just reached Australia at the time Dean appears. Following an outbreak in Dallas, President Palin ordered its bombing. Future Dean also shot one of his men, who was infected, without warning.

The Devil You Know

Pestilence has been causing mass outbreaks of the Swine Flu as part of a bigger plan Pestilence is working to spread the Croatoan Virus. Having infiltrated a major drug company, Pestilence's servant Brady and a few other demons have begun testing the virus on unsuspecting humans in the labs at night, with the eventual plan being to disperse the virus among regular swine flu vaccines to cause a mass outbreak.

Sam and Dean learn that Niveus Pharmaceuticals is distributing a vaccine for Pestilence's Swine Flu epidemic, which is actually the Croatoan Virus. Sam, Castiel and Bobby storm the company's warehouse to stop the distribution. A number of infected workers attack them, but are swiftly defeated. The three evacuate the non-infected personnel and then blow up the warehouse. 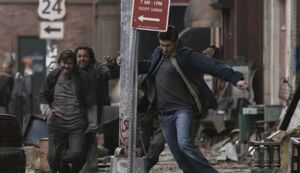 The epidemic of the Croatoan Virus. 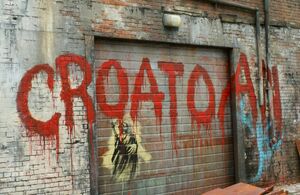 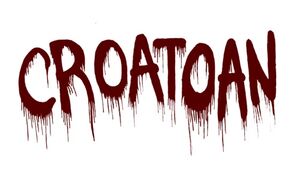 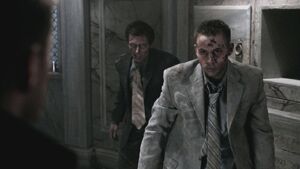 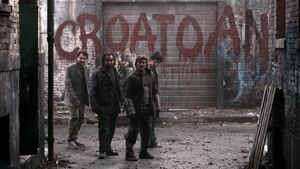