To forever remain as the Kremling species' birthplace (overall; yet failed).

This island have the mountainous form of its gorge a crocodile head below the land's surface. The landscapes is a big swamp in all corners, volcanic caves, brambles infested and glaciers in apex. Under K. Rool's domain, the flora is all dead, mining whole island, admist the conical Zinger hives lies an amusement park as well as a spooky forest-like wilderness in the middle of the isle's mountain and a pirate castle at the apex of the highest mountaintop. It also has a very preserved, ancient jungle-like volcano region known as the Lost World within the underground center of the island.

The history of this island begins in the distant past which the Kremling society was primitive in the Lost World. Years later, the island became a pirate kingdom by bad Kremlings when the same creatures founded the Kremling Kuthroats where treasures are stored in caves and at the Lost World's main volcano. The piracy era on the island has ended when pirate ships are shipwrecked in the islands salted swamp and into the caves inside the crocodile gorge crocodile.

Following the rise of the Kremling Krew and K. Rool's self-proclamation as ruler, Crocodile Isle's natural resources were wasted, pollution and mess in every corner transforming landscapes into true horror. K. Rool also began to built his own residence for himself as well as a fun fair for his minions to have fun.

According to Wrinkly Kong, this island was explored by Cranky Kong first. Maybe it was the reason that the Kremling Krew discovery the Donkey Kong Island's coordinates became the enemy territory of same.

This island was seen by last time when the hero Donkey Kong was kidnapped by K. Rool to ask extortion with Bananas Hoard. With the extortion denied, the enemy ground is invaded by Diddy Kong and Dixie Kong and faced by Kremling Krew's crooks where the same were patrolling to rescue DK.

After that young duo defeat K. Rool the second time in Lost World, the Crocodile Isle had its final destination by its very power source making what was left being swallowed into the sea. This in fact signals the great fall of the Kremling Krew.

In Donkey Kong 64, the Crocodile Isle remains are shown in waters from Gloomy Galleon. 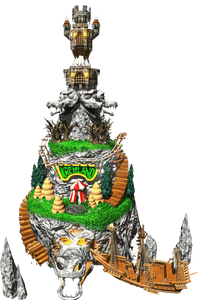 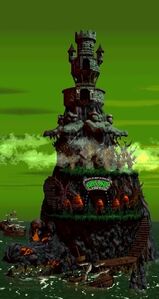 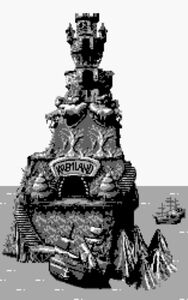 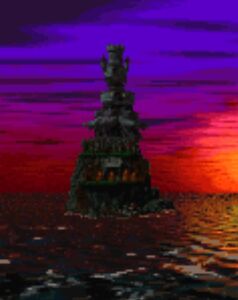 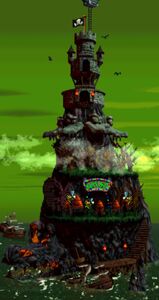 Krem-Isle
Add a photo to this gallery 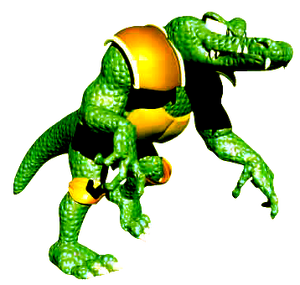 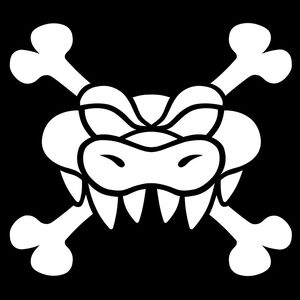 Kremling Krew
Add a photo to this gallery

Retrieved from "https://evil.fandom.com/wiki/Crocodile_Isle?oldid=114463"
Community content is available under CC-BY-SA unless otherwise noted.