The Evil Wiki
Register
Don't have an account?
Sign In
Advertisement
in: Villainous Tools and Other Items, Magic, Dark Forms,
and 3 more

The Dark Orb is a pitch-black crystal ball that was used to summon a demonic being known as the Evil One who is malice incarnate.

This dangerous artifact allowed Trogg to summon the Evil One himself.

When the moon's rays were focused on the orb by means of a giant lens, the Dark One appeared out of a green mist that emanates around it.

Tails, Knuckles and Morain stole the Orb, then destroyed it by throwing it into the "non-existent space" below the Dimension Bridge, destroying the Dark One in the process. 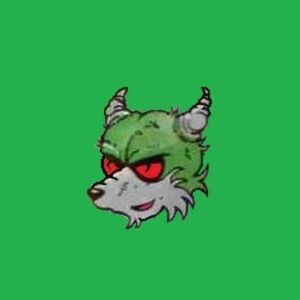 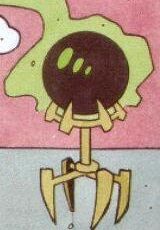 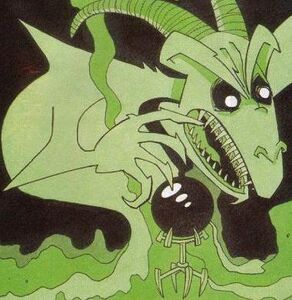 The Dark One (the Evil One's alternate form) being summoned from the Dark Orb.
Community content is available under CC-BY-SA unless otherwise noted.
Advertisement