The Evil Wiki
Register
Don't have an account?
Sign In
Advertisement
in: Article stubs, Magic, Paranormal,
and 12 more

Dark Side of the Force

The Dark Side of the Force

For the Sith and other dark siders to channel the Force through intense emotions.

The Force is a source of energy in Star Wars. It resembles magic in most fantasy stories. The Jedi, the Sith and other Force-users tap into this energy when fighting. Yet however, the Sith and other dark siders use it for evil, channeling the Force through raw emotions like anger, hatred, fear, and passion. This is called The Dark Side (also known as the "Dark Side of the Force), similar to black magic.

These powers are forbidden among Jedi, but dark siders tap into these powers. Dark siders who tap into the dark side use abilities like Force choke, Force lightning, dark rage, and many more. Darth Sidious believed that the source of his dark side power was the universe beyond the edges of the known galaxy.

Although Jedi were taught to follow the light side of the Force, the dark side was considered seductive, and a Jedi had to maintain vigilance in order to avoid falling to the dark side. Even Jedi raised in the traditions of the Jedi Order from birth, could be quickly be corrupted and lured by the dark side, depending on the situation.

The dark side of the Force holds many abilities considered by some to be unnatural. 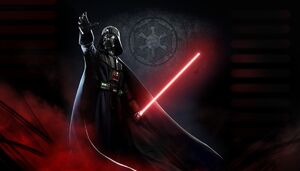 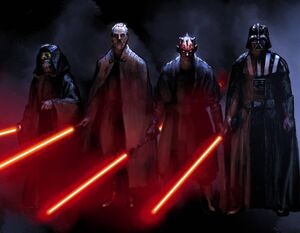