Like it says above, the main antagonist have a thing for the heroines who is the main protagonist's love interest. Sometimes, he and the heroines date at the beginning or middle so we can find out who's gonna win the heart of the heroines.

Even though the heroines always know that the main antagonist bulling the main protagonist, she want to tell the bully to stop picking him or they'll break up for good.

Here is why the heroes are dating the main antagonist at first:

Steele trying to impress Jenna even though Jenna was never interested. 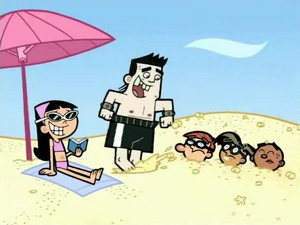 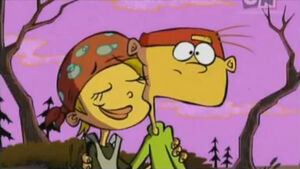 Nazz hanging out with Kevin.
Add a photo to this gallery
Retrieved from "https://evil.fandom.com/wiki/Dating_a_Bully?oldid=96942"
Community content is available under CC-BY-SA unless otherwise noted.