The Evil Wiki
Register
Don't have an account?
Sign In
Advertisement
in: Villainous Events, Cataclysm, Doomsday Scenario,
and 6 more

Solaris (along with Mephiles the Dark and Iblis)

Destroying all of reality.

10 years before Sonic '06's main timeline, the Solaris Project accidently split a hyperdimensional phenomenon called Solaris, the sacred sun god of Soleanna into 2 separate, demigodly beings: Mephiles (a cunning and malicious creature of black smoke) and Iblis (a semi-sentient fire spirit). With the help of the grey Chaos Emerald, a time-travelling hedgehog named Silver and the mortally wounded Duke of Soleanna managed to seal Iblis into the soul of the Duke's daughter, Princess Elise the Third. With his dying words, the Duke instructed Elise never to cry, as doing so would release Iblis into the world.

As it turns out, this was good advice. Silver hails from a future where Iblis eventually was released, and the world is not in the least bit pleasant. Towering fire-cyclones; sunless, smoke-clogged skies; permanently erupting volcanoes; post-apocalyptic cities eternally burning in a sea of living flame, and so forth. What survivors were left (and Mephiles implies there is at least enough humans left to start a witch-hunt) named Iblis' release as the "Day of Disaster". Although the event itself is never shown during the game, Elise hallucinates/prognosticates Soleanna being consumed by fire during the opening sequence.

After the paradox at the end of Sonic '06, history is rewritten so that Iblis is never split from Solaris, let alone released into the world, thereby eliminating the Day of Disaster from the future. 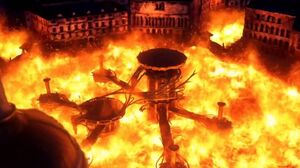 Princess Elise's frightening vision of the Day of Disaster with her beloved city of Soleanna engulfed by the flames of Iblis/Solaris. 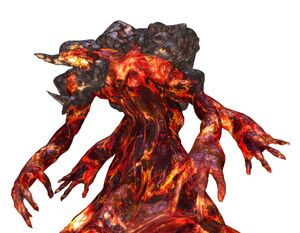 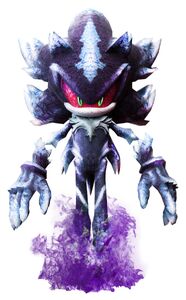 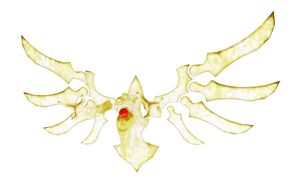