Kills anyone whose name is written within

The Death Note is a tool commonly carried by Shinigami, or gods of death, featured in the anime/manga series Death Note, as well as its live-action movie adaptations, television drama, and musical stage adaptations. It is a notebook and anyone whose name is written in it will die.

All Death Notes are normally bestowed by the Shinigami King to each Shinigami for killing humans in order for Shinigami themselves expanded their lifespan through their killing, as remaining lifespan that the victim has upon their death due to the Death Note's power would refill the user's lifespan.

This not apply to human whom uses Death Notes however.

Rules of the Death Note 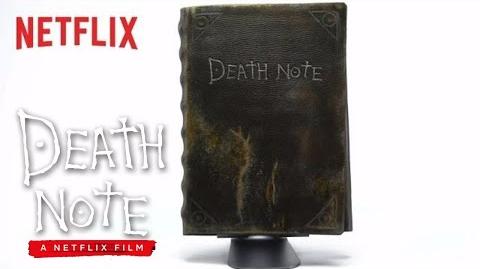 Death Note Introducing The Death Note Netflix
Add a photo to this gallery
Retrieved from "https://evil.fandom.com/wiki/Death_Note?oldid=115474"
Community content is available under CC-BY-SA unless otherwise noted.