The Deep Web Conspiracy is a conspiracy theory that the US Government is in charge of the deep web (also known as the "invisible web" or the "hidden web") and knows all the crimes going on but keeps it running to ensure a balance between "good" and "evil" in the world.

The Deep Web itself is very real and makes up a large network of unmonitored content, often dealing with illegal activities. Due to its content innumerable ghost stories have cropped up about its disturbing, graphic content and some real life torture and snuff sites are found in the "darker" regions of this network (such as the infamous "Red Rooms", where people can pay to watch livestream murder).

The Deep Web Conspiracy takes these darker elements to the extreme however and theorizes that the US Government (or the New World Order) knows about all the sadistic crime on the deep web and ignores it or even encourages it.

This conspiracy is further fueled by the fact FBI and CIA sometimes use the deep web to recruit spies, leaving cryptic messages and similar - which conspiracy theories can see as Satanic messages or mind control experiments. 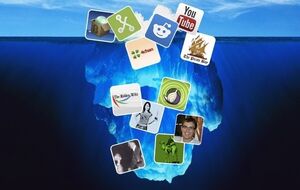 Retrieved from "https://evil.fandom.com/wiki/Deep_Web_Conspiracy?oldid=76519"
Community content is available under CC-BY-SA unless otherwise noted.