Destroying the Innocent is an event where a villain destroys another character's "innocence." These villains are known as Destroyers of Innocence. An evildoer becomes a "Destroyer of Innocence" when they harm, injure or even kill a friendly, defenseless, or innocent character. Destroying the Innocent is an event that invokes great feelings of anger and hatred by the public and marks a crossing at Moral Event Horizon. Like Moral Event Horizon, acts of destroying innocence can also insult/disturb/disgust more sympathetic villain that witness this event as well.

A destroyer of innocence often does not have qualities of redemption due to the fact that they are not above destroying the innocence of some innocent person. Some evildoers who created this kind of cataclysmic event in their own universe are often Complete Monsters, but not all of them are necessarily Complete Monsters, unless if they have reached a new heinous standard in their universe. It is not surprising that performing act of destroying the innocent (particularly if done for the first time) invokes great feelings of anger and hatred by the public. It is more than often that in the end, the perpetrator eventually reduced into a doomed soul as comeuppance/price of their actions. Quite often, those whose innocence get destroyed may turn evil themselves, kill the villain in revenge, or worse, became their subordinate.

EXTREMELY IMPORTANT: TO QUALIFY AS ACT OF "DESTROYING THE INNOCENT" AND DIFFERENTIATE FROM A TYPICAL CROSSING OF THE MORAL EVENT HORIZON, THE VILLAINS' ACT MUST HAVE EITHER:

Acts where villains destroy their own innocence instead of the heroes' are not to be counted as one- that goes under Moral Event Horizon. Also, if the act of destroying the innocence were not done out of malice and the perpetrator was a good guy, it would go for Tragic Mistake instead.

Lord Shen and his wolves attacking the innocent panda village, where he indirectly destroyed Po's innocence that made everyone believed that Po is the last of his kind until a handful of other pandas that survived the carnage resurfaces. 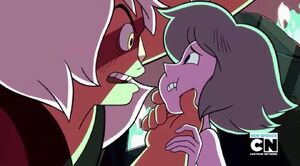 Jasper forces Lapis Lazuli to fusing into Malachite, which scarred the latter until freed by Steven and his friends' combined efforts.

Thunderclap has began to affect Spot's innocence through his kidnaping and murder attempt from Arlo. 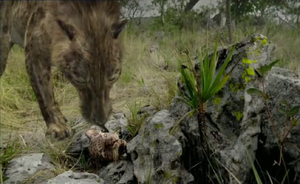 Smilodon Brothers killed Half-Tooth's cubs, and as a result they're taking leadership in pride. 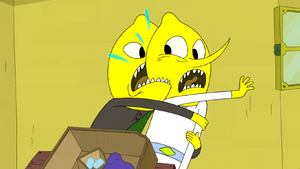 Earl of Lemongrab psychotically attacks and devour Lemongrab 2 after arguing.

Captain Gutt holding Peaches hostage, stating that Manny took everything he had from him, and the evil captain intended to do the same.

The Dazzlings threateningly antagonize Sunset Shimmer upon her confronting them, and as a result, she loses confidence. 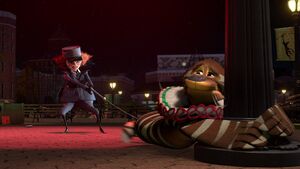 Chantel DuBois trying to kill Stefano after having Alex taken away from her in result destroying not only Stefano's innocence but also children's around this place.

Green Goblin holding Mary Jane and a tram of innocent children hostage, forcing Spider-Man to decide whom to save first. This eventually led to the final battle between them which the consequence left the innocence of Norman's son, Harry, shattered due to him believed that Spider-Man killed his father. 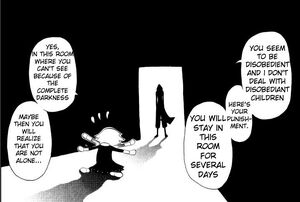 Medusa going to torment Crona and turned him/her into a living weapon. This is only one of the many reasons how depraved and dangerous Medusa would become. 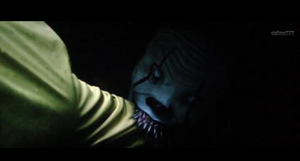 Pennywise/IT rips off Georgie Denborough's arm and eats him in the sewers. 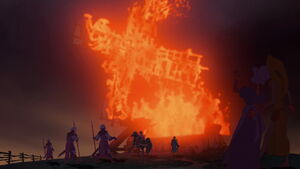 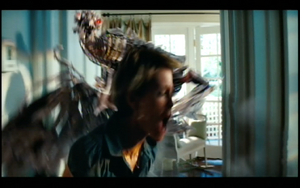 Laserbeak kills possibly hundreds of innocent people, before and after the Chicago battle, and he possibly killed a whole family of a NASA engineer when Laserbeak tricked his daughter into letting him inside. Laserbeak takes sadistic pleasure from destroying innocents. 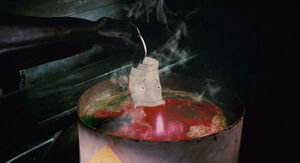 Judge Doom melts and erases an adorable Toon shoe using his creation the Dip as a test so that he can do it to Roger Rabbit who murdered Mr. Marvin Acme.
Add a photo to this gallery 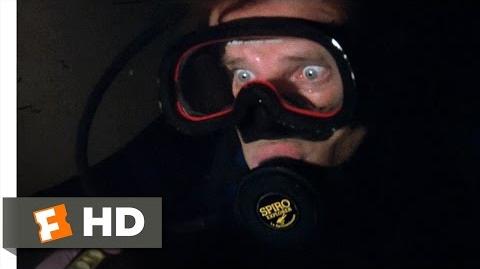 A View to a Kill (6 10) Movie CLIP - Death by Propeller (1985) HD
Max Zorin eliminates Ivona's partner into the pumping turbine because he tried to detonate the pumping station. 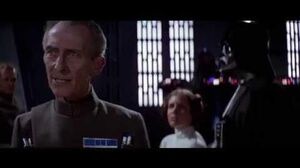 Retrieved from "https://evil.fandom.com/wiki/Destroying_the_Innocent?oldid=98234"
Community content is available under CC-BY-SA unless otherwise noted.