The Adventures of Super Mario Bros. 3

To protect and guard the Koopa Kingdom.

To invade and attack other lands in the name of the Koopa Kingdom.

The Doom Ship is King Koopa's giant warship. Koopa and his evil children used it numerous times to invade the Mushroom Kingdom. It is featured throughout the entire The Adventures of Super Mario Bros. 3 series.

like the Koopa Airships in the Super Mario videogame franchise, the Doom Ship was equipped with a huge amount of artillery and Warp Pipes, it's architecture has a segmented wooden exterior, and it's bow has both a metal spiked ram and a gargoyle-like feature beneath it, sculpted like Koopa's head in an iconic way. This aerial fortress also possessed a trait not seen in any games featuring Koopa Airships, the ability to teleport to other different locations. 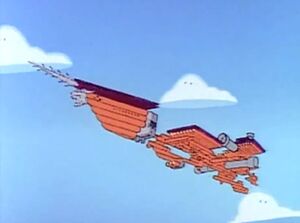 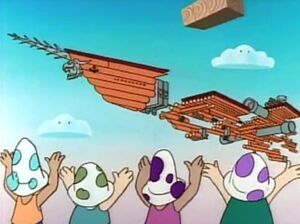 The Doomship arriving in the Mushroom Kingdom. 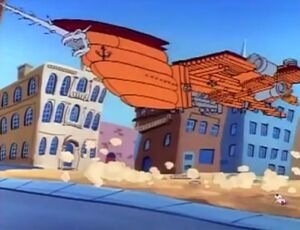 The Doom Ship flying in the air.
Add a photo to this gallery

Retrieved from "https://evil.fandom.com/wiki/Doom_Ship?oldid=63909"
Community content is available under CC-BY-SA unless otherwise noted.