The Evil Wiki
Register
Don't have an account?
Sign In
Advertisement
in: Villainous Tools and Other Items, Psychic Tools and Related Technologies, Magic,
and 6 more

The Nightmare Machine (also known as the Dream Machine) is a dream-making machine stolen and used by the evil "King" Wart prior to the events of the non-Super Mario game Yume Kojo: Doki Doki Panic and the Mario game Super Mario Bros. 2.

In the Tale of the Dream World of Muu (known as Subcon in the Super Mario series), the Dream Machine was created and designed by the Muu people to control the weather and sustain good dreams to all the people. Mamu (later renamed Wart) suddenly emerged and converted the Dream Machine into his own weapon to produce several monsters in his plan to rule the land. The Muu people originally managed to defeat Mamu on their own, but when the twins Piki and Poki accidentally ripped out the book's ending, Mamu stopped them in their tracks and kidnapped them. At the final battle, the Dream Machine creates Turnips, which the Arabian Family has to throw four times in Mamu's open mouth in order to defeat him.

In Super Mario Bros. 2, the Nightmare Machine creates monsters that Wart then uses to increase the numbers of soldiers for the 8 bits and to take control of the land of Subcon and imprison the lands protectors, the Subcon Fairies. During the final battle between Mario and Wart, the Nightmare Machine will shoot out vegetables, which are the only way to defeat Wart.

The Nightmare Machine made its return in the pseudo-sequel BS Super Mario USA. It only makes an appearance in Wart's secret room within a Vase from Subspace that is almost identical to that of the Subcon Castle's final room. The Nightmare Machine is used for the same purpose it had in the first game. 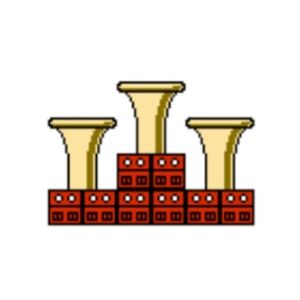 The Nightmare Machine
Community content is available under CC-BY-SA unless otherwise noted.
Advertisement