The Drowned Shore is an evil place and a location in Neverwinter Online, which is the territory of the Cult of Crushing Waves led by Gar Shatterkeel, known as the Prophet of Water. This horrid literal wilderness is one of the 4 new locations added for Elemental Evil arc alongside the Reclamation Rock, the Fiery Pit and the Spinward Rise.

The shore once resided besided the Blackdagger Ruins. After Blackdagger Bandits was defeated, trade increased on the High Road. The Emerald Enclave began guiding travelers, and the Neverwinter Guard garrisoned the lighthouses on Raven Cliff Beach.

Meanwhile, a contingent of Dwarven miners arrived to take up working the abandoned mines in the region, while Lord Neverember assigned a small squad of Neverwinter Guards to garrison the lighthouses at Raven Cliff Beach with orders to prevent those beacons from once again falling into the hands of pirates and wreckers. The Guards were somewhat surprised to find an ornate tower built on the shore. Called the Fountain of Delights, this tower was occupied by followers of Lliira, goddess of joy, who offered visitors relaxing, scented baths. Seeing no harm in this, the guards went about their business.

However, the tragedy began when a huge freak wave, came from nowhere, smashed some parts of the Blackdagger Ruins, causing floods and expanding the ocean, creating the Drowned Shore. However, oddly enough, the Fountain stands still. the guards began to suspect that the former master did not worshiping what so-called "delight", but rather something sinister.

Soon afterwards, there came an invasion of aquatic monsters (huge crabs, sea hags, sea trolls and water elementals) and, more vitally, numerous cultists of Olhydra, the Princess of Evil Water, known as the Cult of Crushing Wave, proving the speculation that the Fountain is set for an unholy purpose. The cultists conquered the Blackdagger Ruins as their own base and planned to create a Devastating Orb. The Harpers soon arrived to aid the Emerald Enclave at the Drowned Shore, where they were joined by sea elves who had been similarly impacted by the tidal wave.

With the help of the Heroes of Sleeping Dragon Bridge, the Harpers dealt a heavy blow to the Cult of the Crushing Wave before entering the sea caves where they had created a water node - a portal to the Elemental Plane of Water itself, right beside the Fountain. There the heroes faced down and defeated the prophet Gar Shatterkeel, as he attempted to sacrifice a sea elf to Olhydra. The saved sea elf revealed that her sacrifice to Olhydra would have appeased the primordial enough to grant Gar a devastation orb, with which the cult could have created another tidal wave. In saving her, the heroes had in truth saved thousands.

Unfortunatly, the impact of tidal wave cannot be reversed, and the Drowned Shore will still exist beside the Blackdagger Ruins forever. 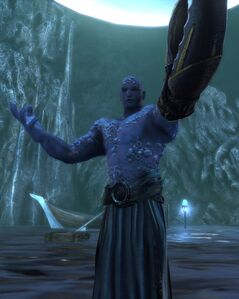 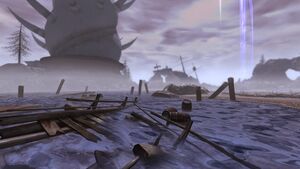 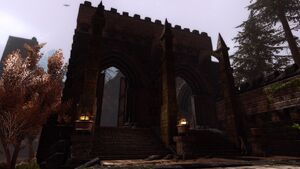 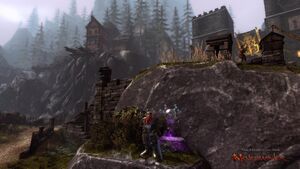 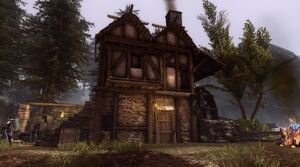 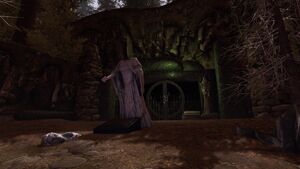 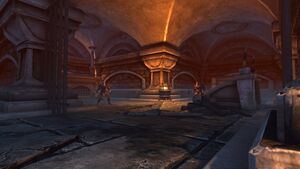 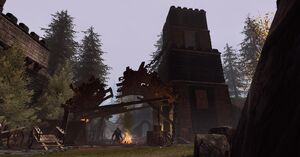 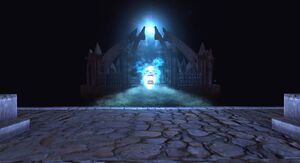 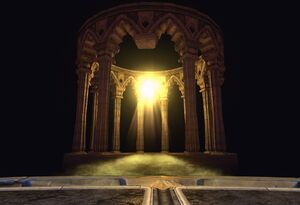 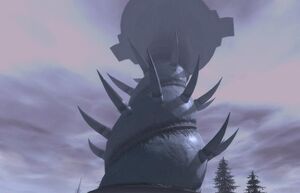 The Fountains of Delights 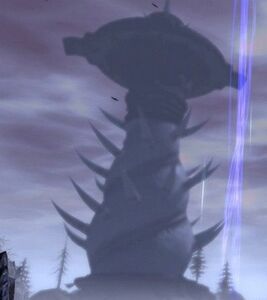 The Fountain of Delights 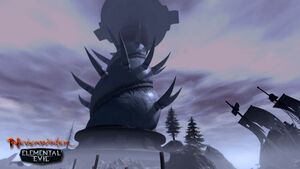 The Fountain of Delights.
Add a photo to this gallery 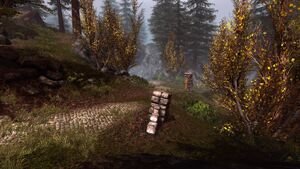 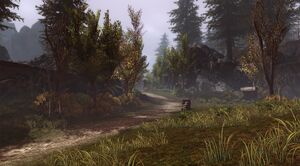 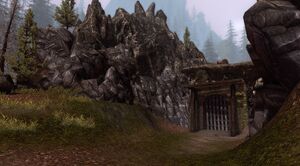 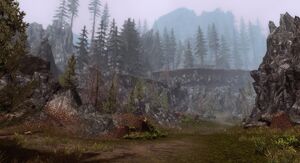 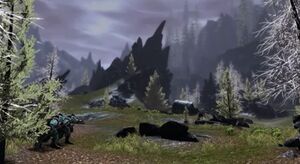 The Mines after the tidal wave

The Mines after the tidal wave 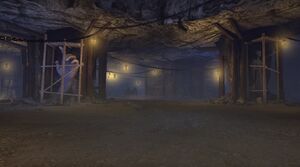 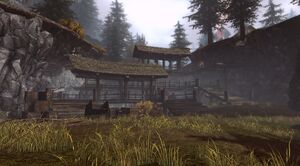 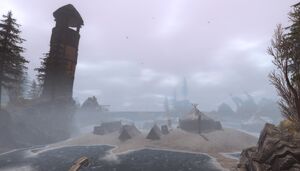 Raven Cliff Beach
Add a photo to this gallery
Retrieved from "https://evil.fandom.com/wiki/Drowned_Shore?oldid=48127"
Community content is available under CC-BY-SA unless otherwise noted.