The Evil Wiki
Register
Don't have an account?
Sign In
Advertisement
in: Mature, Evil Realms, Elementals,
and 3 more

The Dusk is the limbo world Detective Ronan O'Connor finds himself in after being gunned down by the Bell Killer during the events of Murdered: Soul Suspect. It is a sort of purgatory haunted by Salem's deceased citizens across time, but also home to demonic apparitions that Ronan needs to fight in order to discover the truth about his death. This spiritual realm is also where he confronts the spirit of Abigail Williams who is the one behind the Bell Killings within the present-day city of Salem.

Throughout the game, Ronan can talk with some of the ghosts in order to discover key elements surrounding his death.

The Dusk is a parallel 'layer' of reality. That is, it exists in the same world as living beings and has the same build. However, it has a ethereal hue to it and can only be accessed by ghosts.

Whenever someone is murdered or suffers, they leave an imprint in the Dusk.

Although it is inhabited by the spirits of the deceased, the Dusk is not the true and final afterlife. The ghosts who are stuck there usually have unfinished business in the world of the living that prevents them from moving on. These can range anywhere from not knowing were one's body is buried, to seeking justice for one's murder. 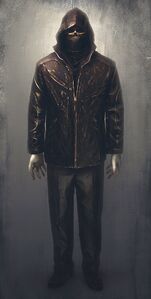 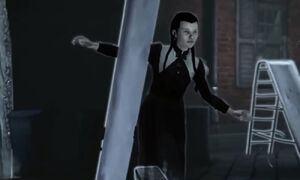 Abigail Williams aka the Bell Killer.