The Evil Wiki
Register
Don't have an account?
Sign In
Advertisement
in: Mature, Possessed Objects, Evil Lairs,
and 11 more

Elm Street is a street in the American mid-Western town of Springwood, Ohio. One house (1428 Elm Street) at the center of that very same residential area is infamous for being the home and killing grounds of serial killer Freddy Krueger, the recurring main antagonist of the A Nightmare on Elm Street film series.

The House and the Street were first introduced in A Nightmare On Elm Street, as the home of Nancy Thompson's family; her friends also lived in the area too. Following the deaths of most of Nancy's friends, her mother, Marge Thompson, placed bars around the house to ensure that Nancy remained "safe". That subject became the talk of the neighbourhood, no doubt. Following the events of the first movie, the Thompsons left Elm Street.

Following the Thompson family's departure from Elm Street, the house was occupied by the Walsh Family; the son of the family, Jesse Walsh, experienced paranormal events relating to Freddy Krueger within the house. He was lucky enough to find a diary belonging to Nancy Thompson inside the house, which explained what he needed to know about Freddy Krueger. Jesse learned that Freddy was initially using him to come into the real world, in a type of posession manner, so he could kill the children of Elm Street. He was defeated and the Walsh family left Elm Street.

The House Within the Dream World

Following the Walsh's departure from Elm Street, the house became notorious in the neighbourhood for it's strange activities, leading many to believe it was haunted. Those rumours prevented the house from being occupied, and instead it was left alone for many years, empty and isolated, it stood like a bad cloud over Elm Street. Freddy used the house in many of his dreams; Kristen Parker saw it frequently in her dream and made a model of it from her dreams. The house in the dreams appears as it would at the time, all boarded up and isolated. It was strongly indicated that the house was occupied by Freddy before the Thompsons moved in, however it has not been confirmed.

Many years later, the house was renovated and was then inhabited by Lori Campbell's family. True to the rumours, she found herself facing Freddy as Nancy and Jesse did several years before. Lori's battle was not just with Freddy though, as another foe was amassing with the same motivation as Freddy, to kill the children of Elm Street. Lori stepped back and allowed Jason Voorhees to kill Freddy, finishing Freddy's reign over Elm Street for good. It is presumed that she still lives there to this day. 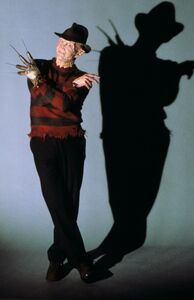 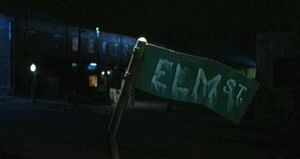 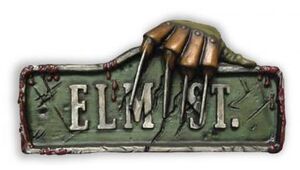 An Elm Street sign with Freddy's glove on it.