Even Evil Has Standards is one of several important villain–related phenomena borrowed in name from TVTropes.org. This refers to any situation where an evil character takes offense to an action by another wrongdoer, for being too extreme/depraved even for them. This illustrates that the former wrongdoer does have at least some moral standards/limitations of what they are willing to do, and the latter villain in the situation is more often than not Pure Evil.

If the "Greater Evil" is a particularly major threat, the lesser villain may join the heroes, temporarily or otherwise, in order to stop it, or if they are the main character become a hero in their own right. Otherwise, it may instigate an active conflict between two antagonist parties, or the more honorable villain may simply execute the worse one if they are particularly more powerful (which is often, as in many cases the "Greater Evil" is a minor villain such as a savage criminal, rather than a major threat in the story). In darker stories with more ambiguous morality, one villain might not even be intended to come off to the audience as clearly worse than the other, but one sees the other as worse based on their subjective sense of judgment. A major villain's allies/minions may also turn against/abandon them based on this principle.

Prime examples of the type of act that goes beyond the limits of what certain evil characters would do often include murdering a child, killing/betraying one's own allies, mass killing of random innocents and/or destruction of an entire city, especially if the killing isn't necessary for getting what a villain wants, and sometimes rape and torture. Having other villains disapprove of something is a common indicator of a Moral Event Horizon. A subversion of this is Pragmatic Villainy where a villain won't commit a certain evil act, not because of standards, but because it's of no use to them.

Main Forms of Even Evil Has Standards

The following is a list of things that could show that a villain has standards. Sometimes, it's that a villain is unwilling to kill innocent people, but a greater evil kills innocents like a hobby, while it also extends to the discovery of a great secret kept from the villain with standards. 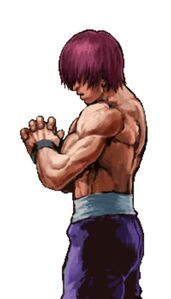 Chin Taimei the Black Warriors gang only to hone his own fighting skills as a Kung fu warrior.
Add a photo to this gallery

Retrieved from "https://evil.fandom.com/wiki/Even_Evil_Has_Standards?oldid=101537"
Community content is available under CC-BY-SA unless otherwise noted.