Sometime in the mid-21st century

To travel from one part of the universe to another including Hell.

Destroyed (drive part of the ship currently in Hell)

The Event Horizon is a spacefaring ship that was possessed by an evil entity and the main setting of the titular sci-fi horror film of the same name. It is not to be confused with the Moral Event Horizon.

Sometime in the mid-21st century, ship called the Event Horizon was designed and built by a scientist named Dr. William Weir. It was a ship that was capable of faster-than-light travel using an artificial black hole to open a portal from one part of the universe to another. On its maiden voyage, the ship was thought to be lost. But in reality, it used its faster than light engine to travel beyond the boundaries of our dimension to another dimension; one of pure chaos and evil (likely Hell itself). The crew was killed on the ship, in very horrifying ways.

In the year 2047, it returned to our galaxy, now a self-aware, living, and malevolent ship. A crew was ordered to go to Event Horizon with Dr. Weir and find out what happened, find the crew, and bring the ship back to Earth. What happened instead was the ship used its telepathic abilities to use the crews fears against them, killing them in the process. It used the form of Dr. Weir's dead wife to seduce him into assisting it.

After a fight with the rescue crew Captain, the Event Horizon was partially destroyed, sending the drive section of the ship back to the Hell dimension with Dr. Weir and the Captain, leaving only 3 survivors in the lifeboat part of the ship. 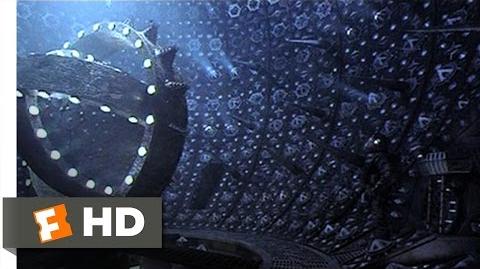 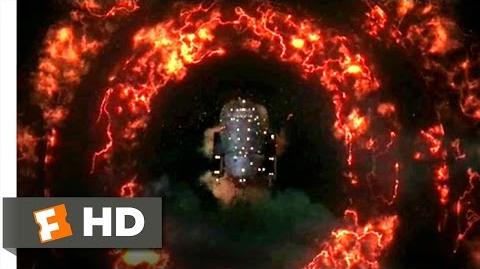 Retrieved from "https://evil.fandom.com/wiki/Event_Horizon?oldid=95536"
Community content is available under CC-BY-SA unless otherwise noted.