The Evil Wiki
Register
Don't have an account?
Sign In
Advertisement
in: Villainous Tools and Other Items, Infections, Corrupting Influence,
and 7 more

The Evil Energy as it is called, is a mysterious and dangerous energy source of alien origin and it plays a major antagonistic role in Megaman 8. Usually, it looks like a swirling purple flame in the shape of a skull.

According to Duo, this type of energy absorbs evil within a person's mind and then multiplies to infect others--mainly robots and other machines, in the course of the game. Due to this method of replication, the original source can only be harnessed by beings of pure malice. This dangerous type of energy is capable of infecting the entire cosmos one planet at a time.

The benevolent robot Duo hunts down this energy to stop it from infecting the whole universe and possesses the ability to heal its victims if their minds are not completely consumed by evil. He even once fought an evil-looking robot in space that was infected and consumed by the Evil Energy. Duo finally succeeded in destroying the original Evil Energy with the help of the heroic Megaman who stopped Doctor Wily 's plan of using the Evil Energy to power his loyal Robot Masters in his never-ending quest of world domination. 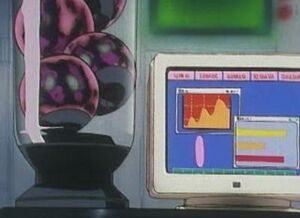 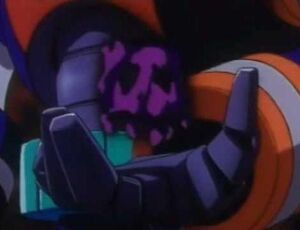 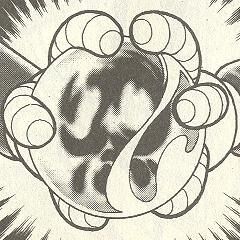 A spherical orb-like capsule of the contained Evil Energy in the Mega Man 8 manga.