The Evil Eye is a legendary power and a form of curse said to be utilized by certain witches, warlocks or demons in folklore - it stems from a primal belief that certain individuals can cause physical harm to others with an "evil" stare, causing bad luck to befall them.

The Evil Eye has since become a very widespread concept and an important part of dark magic both in fiction and in the occult.

Talismans and charms were created to protect against the evil eye are also frequently called "Evil Eyes".

The idea appears several times in translations of the Bible's Old Testament. It was a widely extended belief among many Mediterranean and Asian tribes and cultures. Charms and decorations with eye-like symbols known as nazars, which are used to repel the evil eye, are a common sight across certain countries such as Armenia, Albania, Turkey, Egypt, Iran, Iraq, Israel, Morocco, Greece, the Levant, Afghanistan, Syria, Southern Spain, and Mexico, and have become a popular choice of souvenir with tourists.

In some cultures, over-complimenting is said to cast a curse. So does envy (sometimes confused with jealousy). 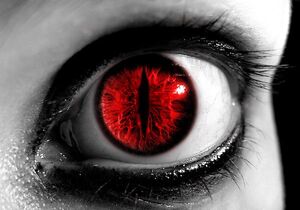 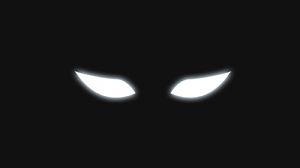 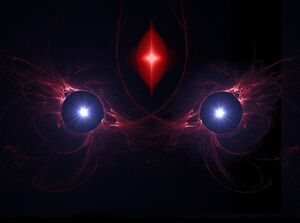 Add a photo to this gallery
Retrieved from "https://evil.fandom.com/wiki/Evil_Eye?oldid=52650"
Community content is available under CC-BY-SA unless otherwise noted.