The Fire Opal is a powerful precious stone that is the source of the Soul Eaters' power. It is also one of the things driving the plot of Michelle Paver's prehistoric Chronicles of Ancient Darkness series.

The Fire Opal is a beautiful stone that burns with fiery and mesmerizing red light. It is cold to the touch, which is why Wolf calls it the "Bright Beast-that-Bites-Cold" instead of "Bright Beast-that-Bites-Hot", the expression he uses to call fire. Nobody knows how old the Fire Opal is. It is said to be light from the red eye of the Great Auroch, the strongest demon of the Otherworld and a celestial body of great evil. That is why it draws demons to itself. Whoever holds it can control demons as long as it does not touch earth or stone.

Apparently the Fire Opal also grants the wielder control and protection over fire, as shown in Soul Eater and Oath Breaker. It also seems to hold at bay the Watchers who guard a door to the Otherworld close to the Walker's valley. In Wolf Brother, the Watchers avoid being slashed by the ceremonial knife of Torak's father. The knife's hilt has one of the Fire Opal fragments hidden inside it at the time, though this is not revealed until the events of Oucast.

There is only one way to destroy the power of the Fire Opal. It must be buried under earth or stone, and a living creature must be sacrificed at the same time. Only then the Opal's red light fades away.

Role in the Series

It is unknown how or where the Soul Eaters originally received the original Fire Opal, but they used it to hold the Forest within their grip of terror. However, this ended when they gathered at the entrance of the Deep Forest on a hill that would later be known as the Burnt Hill. They intended to release the demons trapped inside the hill and bind them to their will, but Torak's father shattered the Fire-Opal into three pieces. Unfortunately, each piece remained as powerful as the original Opal.

This piece appears in Soul Eater and is about the size of a duck's egg. It had ended up in the possession of Eostra. With Thiazzi, Seshru and Nef helping her, she intends to find a Door to the Otherworld inside the Eye of the Viper, a mountain in the Far North. The Soul Eaters intend to open the Door and release demons from the Otherworld. They would then bind the demons to their will with the Fire Opal and use them to force all the clans to submit to them. However, while the Soul Eaters find the Door and release a number of demons, they cannot control them because Renn steals the Fire Opal from Eostra before she flees with Torak and Wolf.

Eventually Renn finds a crevasse and intends to jump there with the Fire Opal. However, before she can sacrifice herself, the Soul Eaters arrive with the captured Torak. During the ensuing fight, Nef takes the Fire Opal from Renn and sacrifices herself in order to repay her debt to Torak's father. The demons follow her and the Opal to the crevasse as it closes itself.

This piece presented in Outcast is about the size of a robin's egg. Torak's father took it, but he was unable to destroy it, so he hid it in a hole he had carved into his ceremonial knife's hilt. He passes the knife to his son when he dies. Torak remains unaware of the shard being inside the knife, until his raven friend Rip figures it out.

This Fire Opal is eventually destroyed when Torak smashes it with a granite. When Seshru tries to stop him, Bale shoots an arrow in Seshru's chest. As the Viper Mage reaches for the shards, Renn places them in Seshru's palm and ties the closed fist. That allows the Fire Opal's power to fade with Seshru's life.

This piece appears in Oath Breaker and Ghost Hunter. About the size of a sloe, it had ended up in the possession of Tenris. He used it to trap an elemental (the strongest type of demons) inside a bear's body in order to create a weapon to destroy Torak's father. The demon bear eventually does its purpose before it is destroyed in Wolf Brother. Tenris also used this shard to create two tokoroths to do his bidding.

After Tenris dies in Spirit Walker, his Fire Opal piece remains hidden under the altar of the sacred Crag of the Seal Island. In the beginning of Oath Breaker, Thiazzi lifts the altar and finds this piece of the Fire Opal. He then goes to the Deep Forest to use it in his own plans to seize control over the Forest. At the end of the book, Eostra's eagle owl steals the Fire Opal from Thiazzi before his death and flies off to deliver it to its mistress somewhere in the eastern High Mountains.

The last Fire Opal shard remains in Eostra's possession for most of the plot of Ghost Hunter. She uses it to create tokoroths and corrupted dogs to do her bidding. During the final fight between Torak and the Eagle Owl Mage inside the Mountain of Ghosts, the Walker (the former Soul Eater Narrander) summons the Hidden People of the Mountain to create a large chasm. Eostra falls into it with the last Fire Opal shard, ending both the legacy of the Soul Eaters and the Fire Opal once and for all. 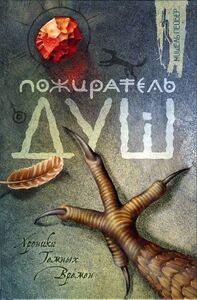 The first Fire Opal piece shown in the Russian cover of Soul Eater. 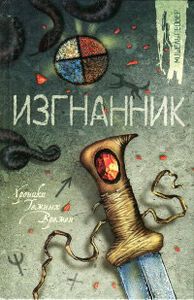 The second Fire Opal piece shown in the Russian cover of Outcast.

The second Fire Opal piece in Torak's palm in Outcast. 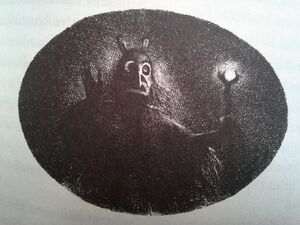 The third Fire Opal fragment on the top of Eostra's staff in Ghost Hunter.
Add a photo to this gallery
Retrieved from "https://evil.fandom.com/wiki/Fire_Opal?oldid=68763"
Community content is available under CC-BY-SA unless otherwise noted.