The Evil Wiki
Register
Don't have an account?
Sign In
Advertisement
in: Mature, Villainous Tools and Other Items, Lovecraftian Objects,
and 6 more

The Flauros, also called the "Cage of Peace" by Dahlia Gillespie, is a magical pyramid-shaped device used in the videogames Silent Hill and Silent Hill Origins.

This occult relic is first mentioned in the writings of a Chinese philosopher of the Han dynasty named Chang Ch'ien, who joked about imprisoning a demon inside of it. Chang Ch'ien died in a fire, and the Flauros disappeared. It next appeared in the possession of a Lutheran monk named M.G. Lewis, who connected it with God instead of a demon.

In 1973, Dahlia Gillespie used it in order to contain her daughter Alessa's psychic powers, which kept her under Dahlia's power while she impregnated her with the Order's God through immolation. Furthermore, Dahlia broke the Flauros into several pieces and had Michael Kaufmann hide them around Silent Hill. However, Alessa pulled the trucker Travis Grady after he defeated a demonic entity within the Flauros, into the Otherworld and used him to retrieve the pieces for her.

With the Flauros made whole, Alessa regained her powers and used them to split her soul in two, one of which was formed into a baby and left by the side of the road, where it was picked up and raised by Harry Mason.

The Flauros reappeared seven years later in 1980, when Dahlia gave it to Harry Mason, who was under the belief that Alessa was a demon trying to kill Cheryl, i.e. the baby he found. However, Dahlia was merely using him, as he was the only one who could get close enough to Alessa. When Harry finally confronted her, it activated automatically and contained Alessa's powers again.

Locations of the Flauros Pieces 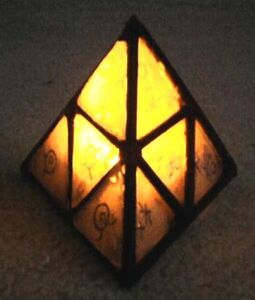 The Flauros, also known as the Cage of Peace. 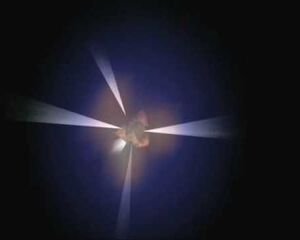 The Cage of Peace 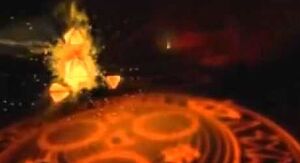 The Cage of Peace (the Flauros) unleashing it's supernatural powers as seen in Silent Hill: Origins.