To bring about the Age of Despair and plunge the world into darkness (primary; failed).

The Forbidden Arts is a powerful and deadly magic art with unlimited access to numerous magical abilities.

The 3 acts ("powers") of the Forbidden Arts were very crucial in exploring and controlling this magic art:

However, the usage of these colors and how they are connected to to the Forbidden Arts is vague. in the first film, Rothbart only used yellow energy but could still make illusions (whether this power is connected to the Forbidden Arts or not is unknown, although it is likely the power to change), create things and alter things. The three colors were introduced in the second film by Clavius who used them with their respectful powers and did so for his whole possession of the powers. Zelda in the third film did not use all these colours as correctly as she used red energy before she had the power to destroy and only used purple energy a few times, similar to Rothbart.

The Forbidden Arts was sought after by three evil magicians, Rothbart, Clavius and Zelda in their own ambitions to become powerful spellcasters and rule all.

The most notable appearance and representation of the Forbidden Arts is a crystal ball simply called "The Orb", which can be created through an alchemical process. A person who does this must then perform a chant that will transfer the powers of this forbidden sorcery into themselves, thus making them full-fledged conjurors with awesome magic.

In the 2014 computer-animated family/fantasy film The Swan Princess: A Royal Family Tale, the Forbidden Arts is revealed to be a living evil entity that can speak and think. In its true form, which is also referred to as "Pure Evil" and "Evil", it is a glowing red fireball with its tail made up of a black cloud of smoke, and it is voiced by David Lodge. Centuries ago, a force known as the Forbidden Arts entered Earth from the underworld, intent on destroying all of its rivals for power and bringing about its reign of darkness it calls the "Age of Despair". It learned of a legend that the Swan Princess, a maiden of pure heart, will bring an age of goodness and evil will lose its power in her presence, but she can be defeated by a magical artifact known as the Glowing Stone. He, as it refers itself, gave power to a number of other wicked conjurers including Rothbart, Clavius and Zelda, as part of a plan to destroy Odette, who would be that certain Swan Princess that would make him lose power with her presence and bring good and peace into the world. He also corrupted that same legend to trick the forest-dwelling scullions into thinking that Odette was evil and would bring despair. Sometime after the defeat of Zelda, the Forbidden Arts joined forces with Mangler, the scullion leader and thief, offering him a kingdom in exchange for helping him kill Odette. While trying to kill Odette, he was blocked by her power and destroyed a house by accident, killing Alise's father.

He later obtained the Glowing Stone that would enable him to retain his power in Odette's presence. With the stone in his possession, the Forbidden Arts changes slighty in appearance; his main core goes from a dark red to a fiery orange and the smoke making up his body changes from black to a deep green. While setting a shrinking barrier with the intent of killing Derek and the scullions (who now knew of his and Mangler's evil), the Forbidden Arts tried to kill Odette a final time, but Scully, a scullion, sacrificed himself to destroy the main "Crystal" that was the source of the Forbidden Arts's power as well as what tied his form to Earth. With his crystal gone, the Forbidden Arts was sucked back down the pit he first emerged from and vanished in a large explosion. Presumably, he was either destroyed forever or is now locked away back in the underworld.

Those who obtained the Forbidden Arts

Let the powers of the Forbidden Arts flow into me.

In a coming day, there will be a Swan Princess.

She will usher in an Age of Goodness.

And in her Presence,

Pure Evil will not survive!

must be kept hidden,

for if Evil possess it,

It will have the power to withstand

the presence of the Swan Princess

In a coming day, there will be an Evil Swan Princess.

She will usher in an Age of Despair

and lay waste to the Earth and its creatures! 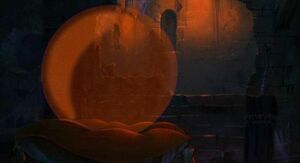 The Orb representing and possessing the power of the Forbidden Arts. 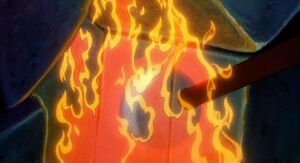 The creation of the Orb through alchemy. 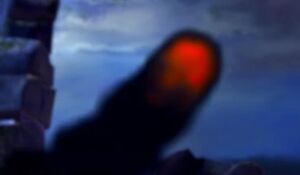 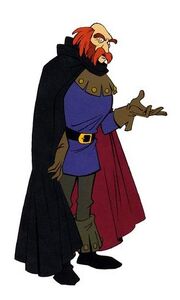 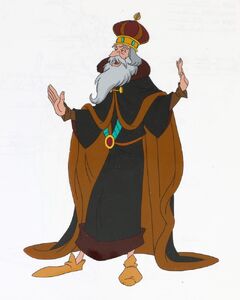 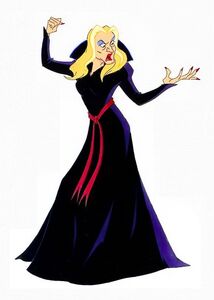 Zelda the Sorceress
Add a photo to this gallery
Retrieved from "https://evil.fandom.com/wiki/Forbidden_Arts?oldid=47310"
Community content is available under CC-BY-SA unless otherwise noted.