Making its user's gamertag "invisible" (2.0)
Allow its user to enter any server, regardless of whether it's private or its user is blocked from it (2.0)

Cause chaos on the OMN.

Fragban is a type of hacked software in Arby 'n' The Chief. It is used by several antagonists (as well as the main characters themselves) throughout the series. It possesses the ability to permanently ban any player on Halo: Reach by shooting them. Though Bungie would eventually install a patch to null the Fragban's powers, the software was recreated as Fragban 2.0 by Colin Hunt.

Fragban was originally created by Justin and distributed by the Underground Hacker Clan. Arbiter and Master Chief used it to crash Trent Donnovich's wedding to stop him from marrying Claire.

The hack was later used by the hacker clan Chaos Theosis in their crusade to get TOSERS, and the Online Multiplayer Network, brought down. However, Arbiter and Master Chief attempted to obtain the software by going undercover and purchasing it. While they ended up being discovered, they managed to obtain Fragban's files by threatening to use it on the Hacker Clan's leader.

Arbiter and Chief succeeded in fragbanning Adam McIntyre, Kylie and Clyde. The fourth member of Chaos Theosis, Duncan, was instead fragbanned by Kylie for attempting to leave the group. Arbiter and Chief were also able to track down and frag Justin and the true mastermind behind Chaos Theosis, Trent Donnovich. They later sent the files to Bungie so the company could install a patch.

However, Colin Hunt managed to create a new version of the software called Fragban 2.0. In addition to allowing its user to brick a player's Xbox, this software also granted its user the ability to access any server, even ones that its user was banned from.

The hack was originally just used by Colin, Eugene Black and Tyler King. However, they eventually stopped, as they did not want to cause too much of a fire. Eventually, the three began using Fragban 2.0 again. They also gave the software to the two other members of their clan, Master Chief and Arbiter. While initially reluctant to use it at first, Arbiter changed his mind after witnessing how cruel some of the players on the OMN were.

The clan fragbanned players on the OMN for around six weeks. Eventually though, Chief and Arbiter had a change of heart after discovering that Colin was a pedophile, and witnessing Eugene bully and drive a kid to tears. However, Eugene fragbanned them before they could do anything about it.

Luckily, Arbiter and Chief were able to buy another Xbox using Jon's credit card. They then confronted Eugene's Clan and engaged in fighting them. The duo managed to ban Tyler and Colin thanks to outside events (Tyler being attacked by his dog and Colin's house being raided by the police), but before they could use the software on Eugene, Eugene shot himself in real life.

Arbiter later sent Fragban 2.0's files to Bungie so they could install another patch for the fragban software. 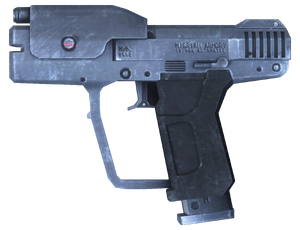 Add a photo to this gallery
Retrieved from "https://evil.fandom.com/wiki/Fragban?oldid=108803"
Community content is available under CC-BY-SA unless otherwise noted.