Ghost Ships, also known as Phantom Ships, are ships with no living crew aboard; they are ghostly vessels such as the Flying Dutchman, or other ships found adrift with crews either missing or dead, such as the Mary Celeste. The term is sometimes used for ships that have been decommissioned but not yet scrapped, such as the Clemenceau (R 98). 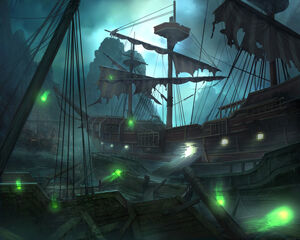 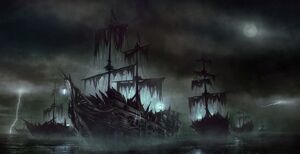 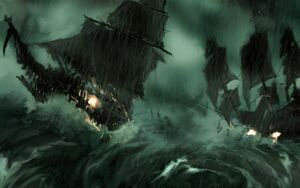 Phantom Ships
Add a photo to this gallery
Retrieved from "https://evil.fandom.com/wiki/Ghost_Ships?oldid=76278"
Community content is available under CC-BY-SA unless otherwise noted.