The Gozerian Codex is a mysterious ancient book that holds many secrets of the "Gozerians", who revered it as even somewhat their own holy bible, and it is needed to obtain in order to summon their god, Gozer, into our world.

It was hidden in New York City Public Library and discovered by a member of the cult, Edmund Hoover, who murdered a woman named Eleanor Twitty in order to get to it.

The Ghostbusters had to battle both the ghostly Eleanor Twitty and her killer, Edmund Hoover (turned into a Gozerian demigod), in order to get the Codex and extract the info they needed to find out what is going on in New York. Egon Spengler, Ray Stantz, and the Rookie find Twitty reading the Codex and proceed to take it. Based on his readings, Egon notes the Codex is emitting massive energy. This only draws the attention of Azetlor, who will never let the trio leave the Ghostworld with the Codex. After dispersing him, the Ghostbusters see a Mandala but Ray wants to get the Codex back to the Firehouse to study.

Ray finds an entry in the Codex that indicates there is some kind of feeder system required to channel energy to a Destructor Form, like the Stay Puft Marshmallow Man. Another entry states a blood sacrifice and a tremendous amount of spiritual energy are needed to generate the Supreme Destructor Form.

The Gozerian Codex contains a series of images depicting the extended Gozerian/Sumerian pantheon. Found on page 125, Senta was concluded to be the "divine twin" of Rachel Unglighter. 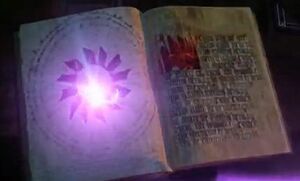 The pages of the Gozerian Codex.

The pages of the Gozerian Codex are filled with many magic spells and other esoteric mysteries. 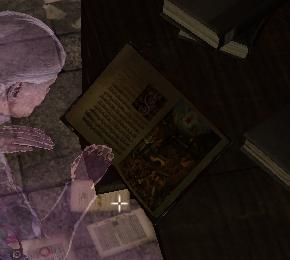 The spirit of Eleanor Twitty (the Library Ghost) is seen reading the forbidden Gozerian Codex. 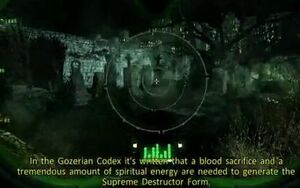 The Ghostbusters' examination of Central Park's secret cemetery made a direct reference in the Gozerian Codex in Ghostbusters: The Video Game.

An artwork of alternate and coloured versions of the Gozerian Codex. 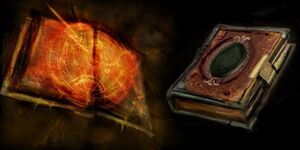 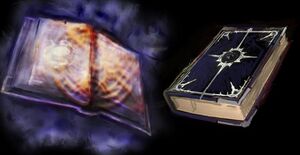 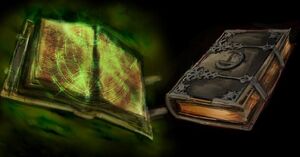 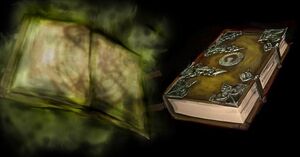 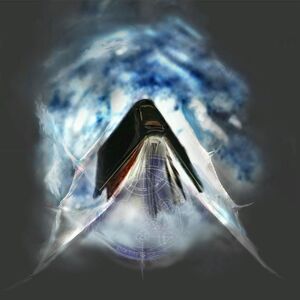 An artwork of the enchanted Gozerian Codex surrounded by an aura of its magic.
Add a photo to this gallery
Retrieved from "https://evil.fandom.com/wiki/Gozerian_Codex?oldid=88237"
Community content is available under CC-BY-SA unless otherwise noted.