Gruntilda's Lair, also known as Gruntilda's Hideout, is a massive castle-like lair home to the evil witch Gruntilda Winkybunion and it is the recurring main location in the Banjo-Kazooie videogame series.

The entrance of Gruntilda's Lair greatly resembles the head of Gruntilda herself. Inside of her Lair is a large, maze-like structure constisting of various enemies, and gateways to other areas. It is largely cavernous but features some wild changes in environment (including a swamp, a snow-filled area, a forest and an enormous lava-filled chamber). Most of it is indoors, but the graveyard area where the Mad Monster Mansion entrance is to be found gives the impression of being outside.The pointy hat-like stone structure on top of the lair is actually a tower, which ultimately leads to the roof where the final battle against Gruntilda takes place. 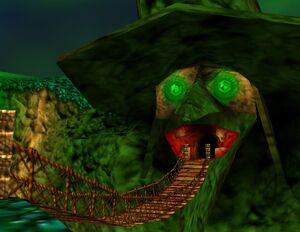 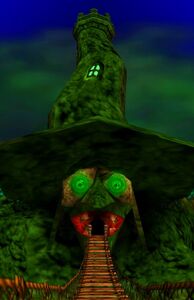 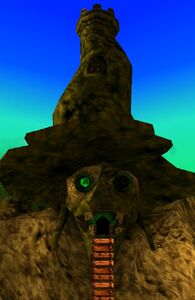 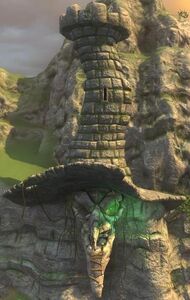 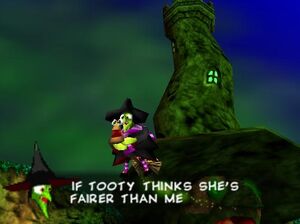 Gruntilda flying at her Lair. 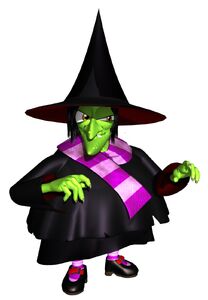 Gruntilda Winkybunion
Add a photo to this gallery

Retrieved from "https://evil.fandom.com/wiki/Gruntilda%27s_Lair?oldid=63620"
Community content is available under CC-BY-SA unless otherwise noted.