The Halo of the Sun is a symbol that is the important and recurring image throughout the Silent Hill series. It is the main symbol of The Order, the local religious group behind much of the twisted strangeness of the American ghost town Silent Hill.

The lettering around its circumference is rovásírás, an old Hungarian alphabet. Many of the letters also contain characters of the Nordic alphabet from the Elder Futhark set. Some of these characters are "Tiwaz", which resembles an arrow, that symbolize the Norse god of war Týr and is meant to bring good fortune in battle. The one that looks like a letter "p" is "Wunjō" (or "Wynn"), which is supposed to bring joy, prosperity and relief from troubles. When translated, the runes describe the ordo manifesto of the Order. It says that gifts were given to the Sun, and God was born. It goes on to describe the good God did, and what God wanted to build. Finally, it states the Order's goal of rebirthing God.

Many other symbols in the Halo of the Sun also appear in some Native American alphabets, possibly a nod towards the Native Americans subjugated by the European settlers of Silent Hill. Viking explorers encountered Native Americans, particularly the Beothuk tribe, so it is possible that they took some of the native alphabet into their own language. The symbol's two outer circles represent charity and resurrection, while the three inner circles represent present, past and future. The symbol is usually drawn in red and occasionally in black, but blue and yellow reverses the meaning into a curse on God and is forbidden by the Order.

Inside the First Circles

As Travis Grady is saving Alessa Gillespie from her burning residence, the Halo of the Sun appears twice, putting out the flames. When he interacts with the first symbol he comes across on the floor he will make the following statement: "A strange symbol. Looking at it makes my head hurt" — a similar response to what Heather Mason said in Silent Hill 3.

Travis finds himself standing inside the symbol towards a demonic entity that was locked inside the object known as Flauros, while observing the Order engaging in their ritualistic activity. This may imply that the presence of the symbol during the Order's rituals is of some importance.

The Halo of the Sun also appears as one of the possible flashlight shapes.

The save point in Origins is shown as a red triangle, and drawn inside it is the upper part of the Halo of Sun (the large eye) and a word with 4 letters.

The Halo of the Sun appears very often during Heather Mason's adventure, as it acts as a save point for the player. Silent Hill 3 is also the game in which the player first learns of the meaning behind the symbol.

The Halo of the Sun is also seen primarily within the Order's Chapel. Given that the crest of the religious organization symbolizes "resurrection" and "save and load", which are perceived as a "cycle of rebirth", it seems that a link to the real world is created. Before she understands the significance of the crest, Heather will state her confusion and displeasure at the Halo's appearance, which apparently also gives her a headache.

After she understands the significance of the crest, Heather remarks: "But you know... just the thought of it is starting to turn my stomach." This is actually a message to the player (almost bordering on a fourth wall break) meaning "as far as the player is concerned starting over again and again is convenient, but for Heather herself, this is painful.

The symbol is found on certain important doors, in the Wish House, an orphanage run by the Order to brainwash and raise children as future members, and on the loading screen. It is also found on the Crested Medallion. The holes Henry Townshend travels through resemble a Halo of the Sun.

The symbol appears in 2 different forms in a number of scenes and motifs. A giant version appears on the floor of the main hall of the Church of the Holy Way, in front of the door leading to Adam Shepherd. A simplified version with just the three inner circles also represents the game's save points, much like the original symbol in Silent Hill 3. This simpler form also appears on the inside of Joshua Shepherd's pendant. The first of the two door puzzles which lead to Amnion is also designed with the basic shape of the Halo of the Sun, with three circles in the middle and two outer circles. The symbols in this version, however, are completely different, instead presenting symbols related to the puzzle.

Another simplified version of the symbol appears several times in Murphy Pendleton's Otherworld. It is emblazoned on large switches that temporarily slow or deactivate dangerous blade traps, and on one of the three bells in the final puzzle at St. Maria's Monastery. In both instances, interaction with the symbol allows Murphy to progress through the Otherworld. Also, Wall Corpses are impaled on circular, metallic contraptions that resembled the Halo of the Sun.

The player finds the symbol drawn in the orphanage's bathroom. It is used as a warp between the Otherworld and normal versions of the building, much like in Silent Hill: Origins, where mirrors allow the player to travel between both worlds.

The Brand of Samael, with an appearance identical to the Halo of the Sun, is a symbol of importance in IDW Publishing's Silent Hill series of comics. As a brand, the symbol is used to identify those individuals who serve the will of the entity known as Samael. 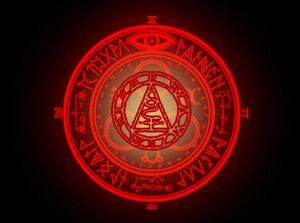 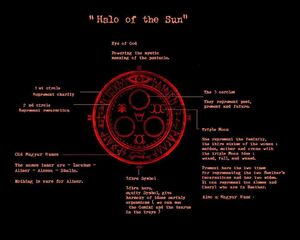 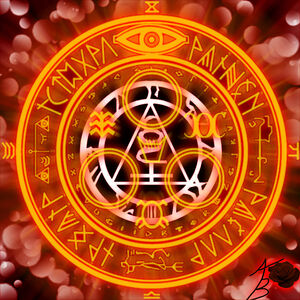 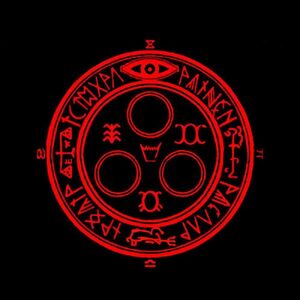 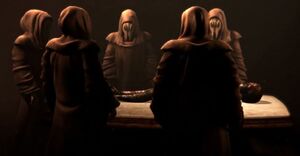 The Order sect as seen in a leaked scene of the ending of Silent Hill: Origins.

The Order of Valtiel aka The Order. 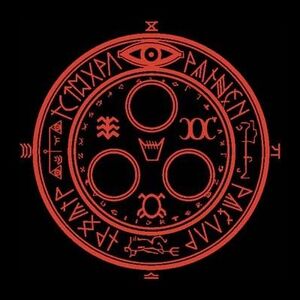 The symbolic crest of the Order of Valtiel (aka The Order).

The Halo of the Sun
Add a photo to this gallery

Retrieved from "https://evil.fandom.com/wiki/Halo_of_the_Sun?oldid=47476"
Community content is available under CC-BY-SA unless otherwise noted.