In any story, there comes a time when the villain or antagonist incites war, riots, fights, or other chaotic events for these reasons:

For example, he or she can provoke someone into a terrible state or push him or her into a state that would lead to terrible events. 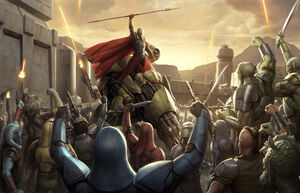 General Mandible deliberately sending the Queen's troops on a suicide mission to attack the termites. 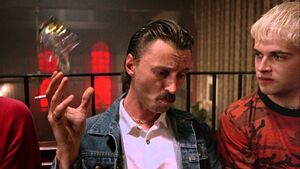 Francis Begbie starting a bar brawl by tossing a glass over the edge, causing it to break over a woman's head. 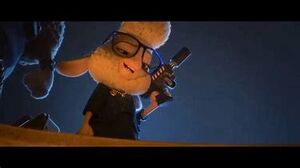 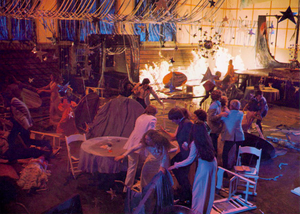 Carrie White's Prom Destruction causing mass chaos at the school and the town of Chamberlain.

Emperor Palpatine's final order about to deploy in order to take over the galaxy and destroy any planets or rebellion that opposes him.
Add a photo to this gallery
Retrieved from "https://evil.fandom.com/wiki/Inciting_War_and_Chaotic_Events?oldid=102682"
Community content is available under CC-BY-SA unless otherwise noted.