The Infinity Gems, also known as the Infinity Stones, are 6 colored precious gemstones with vast cosmic power that were immensely powerful artifacts native to the Marvel universe alongside the Infinity Gauntlet and most famous for being used by the mad alien supervillain Thanos to become, for lack of a better word, a god.

The Infinity Gems trace their origin to when a vast, omnipotent being that was said to have existed in the distant past grew immensely lonely of its existence and thus it died - its great power forming the Infinity Gems as a by-product of its death.

The number of Infinity Gems has traditionally been six, though a seventh has been revealed more recently and are as follows: 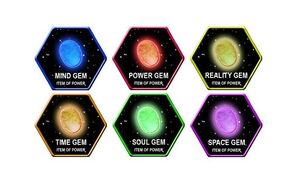 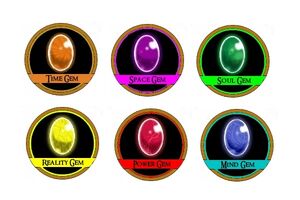 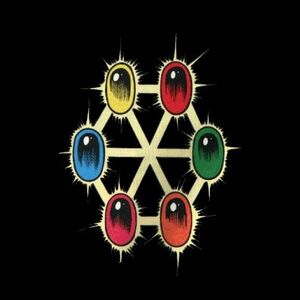 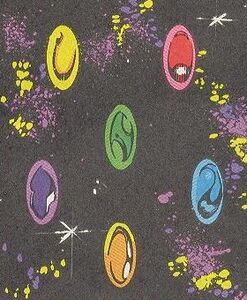 Each of the Infinity Gems are said to have special cosmic powers and attributes beyond belief.

The legend of the Infinity Gems.
Add a photo to this gallery

Retrieved from "https://evil.fandom.com/wiki/Infinity_Gems?oldid=105699"
Community content is available under CC-BY-SA unless otherwise noted.