This exquisite blimp was used to transport both the Iron Queen and the Iron King, as well as their allies and cohorts, such as the Bride of the Conquering Storm, and the Yagyu Ninja Clan from their home in the Dragon Kingdom to New Megaopolis' Eggdome.

The dirigible's arrival was personally supervised by the Dark Egg Legion's Grandmaster Dimitri, who wanted to greet the benefactors of their freedom from the Eggman Empire with "precision". 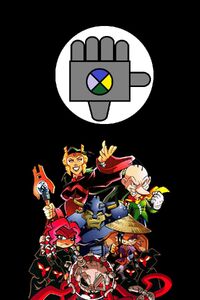 The Iron Dominion
Add a photo to this gallery

Retrieved from "https://evil.fandom.com/wiki/Iron_Blimp?oldid=107289"
Community content is available under CC-BY-SA unless otherwise noted.