The Evil Wiki
Register
Don't have an account?
Sign In
Advertisement
in: Evil Lairs, Oppression, Magic,
and 4 more

The Chronicles of Narnia: The Lion, the Witch and the Wardrobe

To serve as the personal domain of Jadis the White Witch forever.

Jadis' Castle, also known as Queen Jadis' Castle and the White Witch's Castle, is an enchanted bastion, built in the early days of the Age of Winter, and it is home to Queen Jadis the White Witch who built this castle through her control of black magic and cryokinesis. It is one of many locations in the Chronicles of Narnia universe.

Jadis' "House" is a small but sinister icy palace complete with tall towers and spires as well as dungeons and the castle's cold, main throne room. Through the iron gate at the castle's entrance lies a courtyard filled with the "statues" of all sorts of living creatures whom the cruel Jadis had turned to stone. However, they were all unfrozen and brought back to life by Aslan, to fight against the Winter Revolution in the year 1000 and free the Kingdom of Narnia.

In the early Golden Age, it was presumably the stronghold for the remnant of Jadis' Army, until at last Aslan's Army had emerged victorious in destroying it in 1005, in which the White Witch's remaining forces surrendered unconditionally. Within a matter of days, the Narnian government disbanded what was left of Jadis' Army, thus ending the war finally.

What became of Queen Jadis' Castle after that is but uncertain, but it is most likely that it was destroyed or left to crumbled and in ruins. The Castle of Caspian could have possibly been rebuilt from the remains of Jadis' Castle, and was located at Beaversdam, though on the opposite bank of the Great River.

It appears as a parody of itself in the 2007 comedy film Epic Movie. 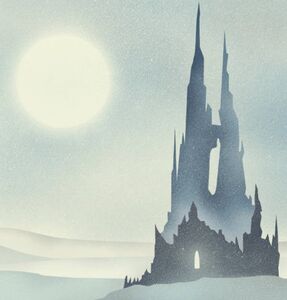 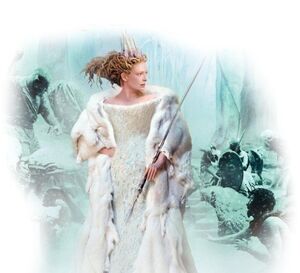 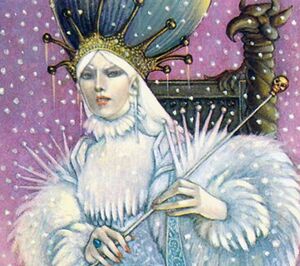 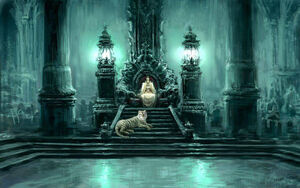 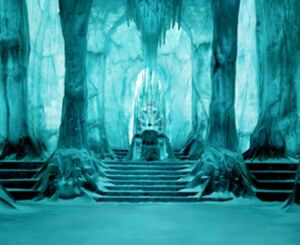