The Evil Wiki
Register
Don't have an account?
Sign In
Advertisement
in: Curses, Rituals, Paranormal,
and 6 more

To summon Gozer the Destructor.

Mandala is a powerful magic that is used to focus spiritual energy to an object. It was used by the Gozer Worshippers to empower Gozerthe Destructor while waiting his return to the Earth. It is similar to the antenna on the apartment building in 55 Central Park West.

The Mandala sometimes appears in Sumerian ritual magic. Scholars regarded it as a symbol that signifies a path to obtain great power and concluded it was an old constellation. A mandala is like a spiritual labyrinth, part of a feeder system required to channel energy to a Destructor Form.

There are 4 Mandalas that are located in four sacred places of the Gozer Worshippers in New York City. The Mandalas are all different in their structure. Mostly, their existence is related to a powerful ghost being that serves as Mandala nexus.

The Mandala used by Ivo Shandor is a spiraling system that feeds into each successive node along the line until it reaches a culmination point. Ghosts are trapped in the system, funneled from node to node and they get stronger and stronger until they reach the end.

In 1991, the Shandor Foundation loaned a Gozerian statuary featuring a Mandala to the Museum of Natural History as part of the Gozer exhibit set to open on the Thanksgiving weekend.

Locations of the Mandalas

This Mandala is located in a twisted, ghostly version of the library. Its nexus and guardian is Azetlor the Destroyer. The Ghostbusters first see it in the Reading Room after returning from the Ghostworld. Egon Spengler notes they seemed to have turned it off.

The Mandala of the museum is located underneath an obelisk. When the Rookie destroys the obelisk, the Mandala revealed a staircase leading underground to a "ghost tunnel" which gathered undead spirits and directed them to a spirit conduit, a location created by Ivo Shandor. The Mandala's nexus, as well as its guardian, is the Chairman (, or the Tyrannosaurus Rex Skeleton in the Stylize version).

The Mandala of Shandor Island was different to others. It's nexus was a magical, astrolabe-like structure. It was guarded by a Sloar (or the Black Slime Behemoth in the Stylized version). 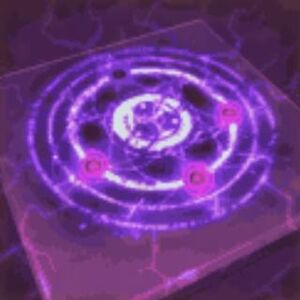 The awesome magic of the Mandala as seen in the Stylized Version of Ghostbusters: The Video Game.

The Mandala design atop the map of New York.

A schematic showing the Mandala design on the map of Manhattan.

A Mandala incribed at the New York City Public Library. 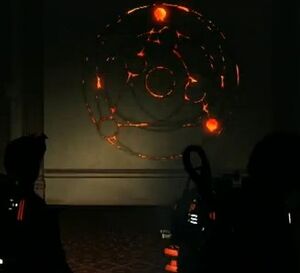 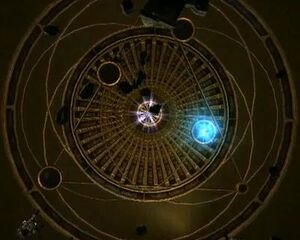 A Mandala found and Inscribed on the floor of the Natural History Museum. 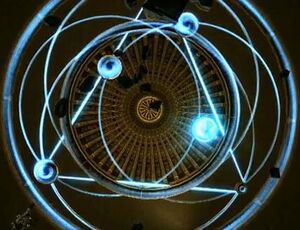 The Natural History Museum's floor lit up as the ritual magic of the Mandala becomes activated. 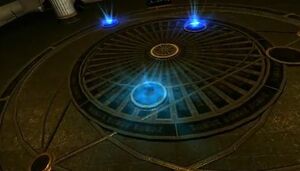 The energy of the Mandala magic emitting from the floor of the Natural History Museum shuts off and deactivated. 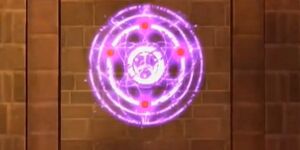 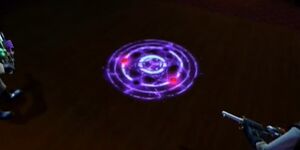 One of the Mandala nodes. 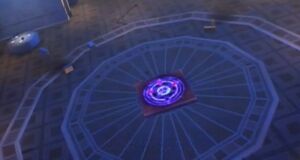 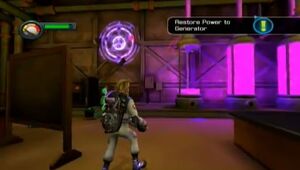