The Memory Stone is a small, grey, oval-shaped rock with green markings that glow when in use. The middle mark is shaped like an eye, the top markings are three triangles, and the bottom ones are lines that end with swirls.

The Memory Stone is an immensely powerful and dangerous object with the ability to erase any memory from any individual. The user can either point the stone at a target or focus the stone's power to affect multiple targets in the surrounding area. The stone can also be focused on specific fragments of memories, leaving a blank spot of what the fragment was. If any memory is erased for more than three days, then it is erased forever.

The Memory Stone existed before the founding of Equestria. It was once in the possession of an evil sorceress who used the stone's power to make herself invincible. However, she was opposed by Clover the Clever, who sought stop her rampage and destroy the stone. Whenever Clover got close to her, the sorceress would use the stone to wipe out his memories of the events and escape. But he was able to outwit her by writing down the events before she done so. Eventually, he managed to subdue the sorceress and confiscate the stone from her, but was unable to destroy the stone or restore the memories that are taken three days prior. To prevent the stone from ever falling into the wrong hooves again, Clover traveled to an alternate dimension and buried the stone among a strange rock formation.

Many years later, the Memory Stone was discovered by Wallflower Blush, who used the stone to erase any embarrassing interactions with other people. 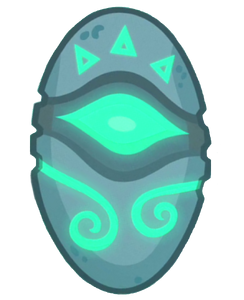 Add a photo to this gallery
Retrieved from "https://evil.fandom.com/wiki/Memory_Stone?oldid=97640"
Community content is available under CC-BY-SA unless otherwise noted.