DuckTales the Movie: Treasure of the Lost Lamp

To forever serve as home and lair of Merlock the Magician.

Merlock's Palace is a decadently twisted, black Middle Eastern-styled palace home to the wicked magician Merlock. It is a location in DuckTales the Movie: Treasure of the Lost Lamp. It is located in the sky where Merlock watches the heroes from his huge throne room at the heart of his palace.

Long ago, Merlock once lived this dreadful palace along with his slave, Gene the Genie. However, at some point after losing the lamp, Merlock's palace was also lost for unknown reasons.

After regaining the lamp after so many years, Merlock then commanded the Genie to turn Scrooge McDuck's money bin into an exact copy of Merlock's palace, much to Scrooge's horror, and then made another wish to lift it into the sky. But then it was reverted to normal by Scrooge's second wish. 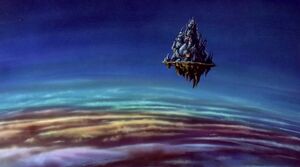 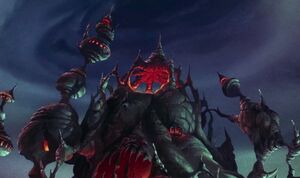 The exterior view of Merlock's Palace. 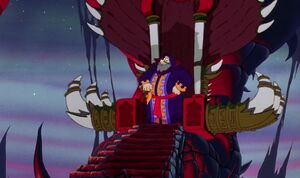 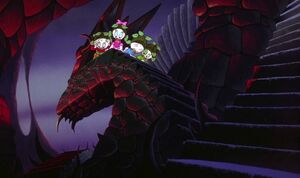 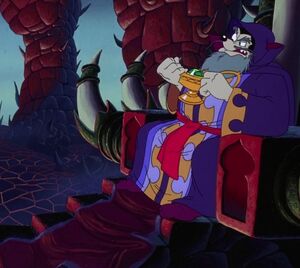 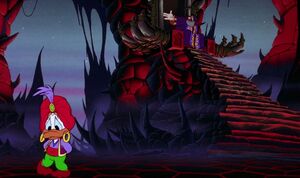 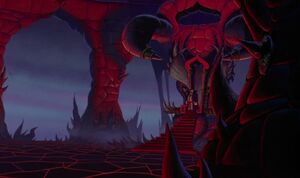 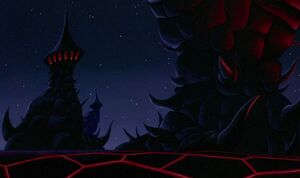 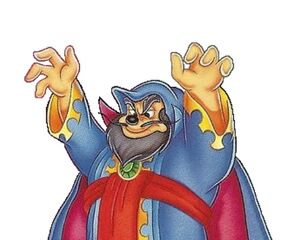 A promotional poster artwork of the Sorcerer of Darkness (Merlock the Magician) and his Palace from DuckTales the Movie: Treasure of the Lost Lamp. 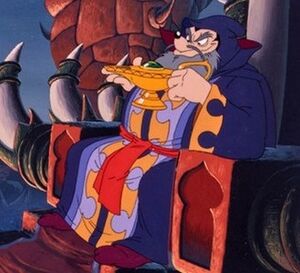 Master Merlock
Add a photo to this gallery
Retrieved from "https://evil.fandom.com/wiki/Merlock%27s_Palace?oldid=104520"
Community content is available under CC-BY-SA unless otherwise noted.