Numerous innocent people (technically, they were indirect victim due to monsters that the machine created that pose more harm)

Turned monster clay models into actual living monsters with posers and intelligence depending on used ingredients for their clay components.

The Monster-Matic (sometimes spelled "Monster Matic") is Finster's mystical steam oven-like machine and one of the well known villainous objects in the Power Rangers universe since it's first appearance in Mighty Morphin Power Rangers.

The Monster Matic looked like a steam oven with 2 pressure gauge, a chimney, a switch to turned the machine on, and large hose where newly created monsters would popped out. It also had retractable pan to place the monster models to be cooked to life.

The way the Monster-Matic works in creating monsters is not so different with standard oven that used to cook various cakes and cookies. However, the Monster-Matic, true to its name, designed more to cook and bring monsters to life from monster clay as well as giving it powers depend on their ingredients.

As seen in the Mighty Morphin Power Rangers comic series, before using the Monster Matic, one must prepare some ingredients to make a dough of Putty Clay. Much like baking a cake, quantities and qualities of used ingredients, coupled with how they are added will affect the attributes of resulted monster. Once enough Putty Clay is completed, the Clay can be sculpted/shaped into the model of desired monster ready to be cooked to life. Through different monsters Finster designed, it was shown that each of them has its own Putty Clay recipe in contrast of Putty Patrollers that seemingly made of rather simpler and generic formula. For Putties, Finster has a model pan to quickly shape multiple putties without have to sculp/mold them one by one.

Once the monster model is finished, it would be put into the Monster Matic. The user then need to pull the switch to activate the Monster Matic. Once the machine turned on, it will cook and brought the monster model/s to life as well as turned it into actual monster/s. Depend on the model and ingredients, it will took some time for the machine to bring the models into actual monsters, but the machine normally bring monsters to live in matter of seconds.

Sometimes the cooking process ended in failure where the resulting monster wind up reduced into pile of clay they composed of. In spite of this, the clay can be reused to make other Putty Patrollers or other better monsters. 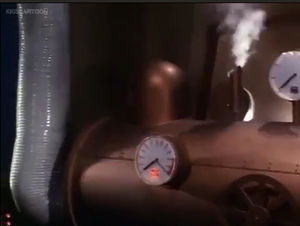 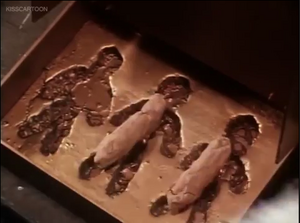 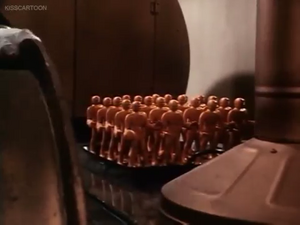 Frying Plate used to cook monsters to life via the Monster-Matic. 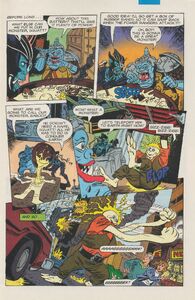 Usage of the Monster Matic with improper ingredients as seen in Mighty Morphin Power Rangers comic that results in the creation of an erratic monster.
Add a photo to this gallery
Retrieved from "https://evil.fandom.com/wiki/Monster-Matic?oldid=102178"
Community content is available under CC-BY-SA unless otherwise noted.