The Evil Wiki
Register
Don't have an account?
Sign In
Advertisement
in: Villainous Tools and Other Items, Brainwashing, Corrupting Influence,
and 3 more

To defend the Undertaker's undefeated winning streak in his wrestling matches.

The Mystic Urn, or simply known as The Urn, is a powerful object which appeared in WWE.

The Mystic Urn is used by Paul Bearer which give the spiritual power of The Undertaker.

In Smackdown vs. Raw 2006 when The Undertaker receives the urn to have his supernatural power is helped by a wrestler.

In Legends of Wrestlemania, The Undertaker activate the power of the urn by Paul Bearer.

In 2013, when Paul Bearer passes away, both The Undertaker and Kane make their respect to their deceased manager.

In Smackdown vs. Raw 2011, when a wrestler sees the urn, causing a malfunction of the urn caused to appear. a masked Kane who warned him to not, came and beat The Undertaker. 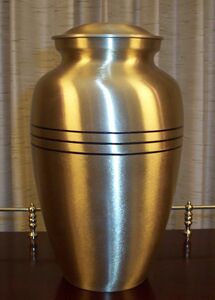 The Mystic Urn
Community content is available under CC-BY-SA unless otherwise noted.
Advertisement