The Evil Wiki
Register
Don't have an account?
Sign In
Advertisement
in: Articles under construction, Mature, Evil Realms,
and 16 more

To imprison deceased souls or entities who have committed major evil deeds and have them undergo endless torture (ongoing).

The Netherrealm is an unholy, supernatural world of the negative afterlife in the Mortal Kombat universe. The Netherrealm due to it's semblance as an eternally volcanic "continent" with many volcanoes and lava pits, is comparable to Hell within the Abrahamic faiths as well as others of different religions and cultures. This world is where the powerful dark deity Lord Shinnok, after being banished by his former fellow Elder Gods for his crimes against the universe, rules over it and reigns supreme over both the realm's demonic creatures and the souls of the doomed. 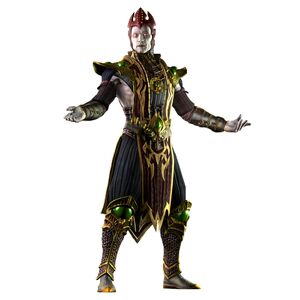 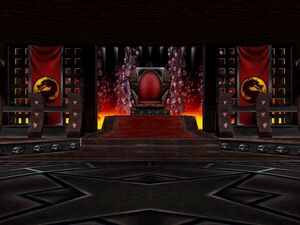