Lord Shen banished by his parents for massacring a whole village of innocent pandas, and this led to Lord Shen vowing vengeance and swears he will return to Gongmen City someday. 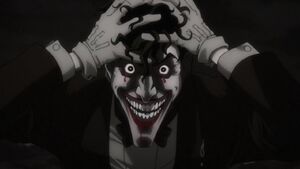 The Joker fell in a vad of acid during a failed robbery while impersonating the Red Hood, losing his sanity for good.

Phango become a ruthless killer after slaughters his clan for abandoning him, because of being half-blind, which only made him stronger giving him an extra, almost mystical strong sense of smell. 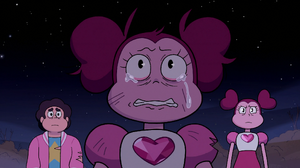 Spinel after 6,000 years of waiting feels hurted and betrayed by Pink Diamond who abandoned her, she changed her appearance and swore vengeance on Steven and Pink's "new friends". 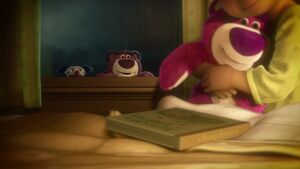 Lotso discovering that Daisy has a new Lotso after being left behind, saddened and believing Daisy got rid of him, snapping him and forcing Chuckles and Big Baby to come with him.

After murdering Héctor, Ernesto steals his song book and continue the tour, which makes him become a popular singer before his death of getting crushed by a bell. 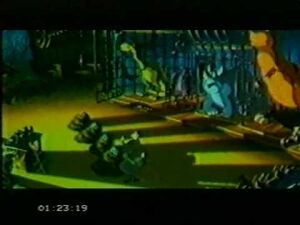 Professor Screweyes in a deleted scene of We're Back: A Dinosaur's Story telling the dinosaurs that he lost his eye when he was boy by a crow when a raspberry fell on it, scarring him for life. 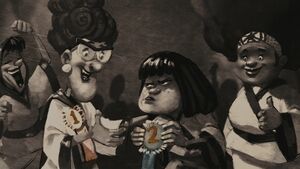 Kai once started a good friend and brother-in-arms to Master Oogway. But after taking an injured Oogway to a panda village and discovering chi, Kai became obsessed with it and sought to take chi for himself. Oogway, however, who grew into a better individual, dueled his former friend in an attempt to stop him; resulting the two to become hated enemies. 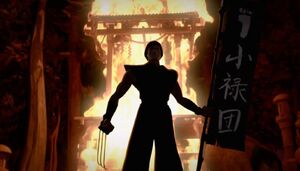 Oroku Saki becomes leader of the Foot Clan under the unforgettably infamous named "The Shredder". 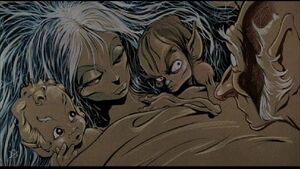 The birth of Blackwolf. 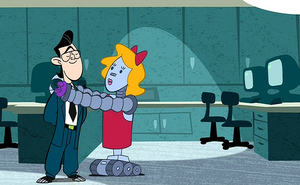 Drew Lipsky who later became Dr. Drakken vowing revenge on his former friends for making fun of his work. 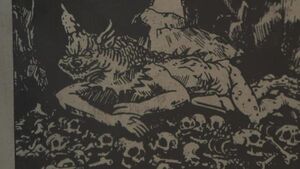 An ancient drawing of the Cloyne resting on the skeletal remains of its child victims. 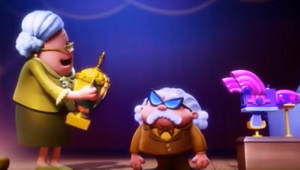 Professor Poopypants being driven to insanity after being ridiculed for his name at the Nobel Prize Ceremony.

Buddy Pine starting to hate Mr. Incredible after rejecting him, which years later would have him become Syndrome.

Oogway blocking Tai Lung's chi before attacking him and Shifu and got sent into Chorh-Gom Prison. 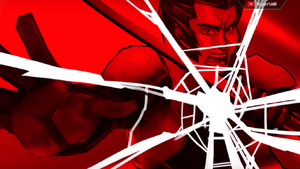 Djin eventually left behind by Ganz, Dayang and Zain after he was injured during the "Protocol Gegas" event. Due to this, he become Uno and starting his own villainous agent team known as Numeros. 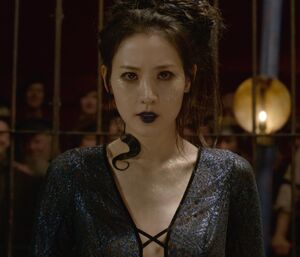 Nagini was once a human Maledictus before her blood curse permanently transformed her into a snake because of her affliction. 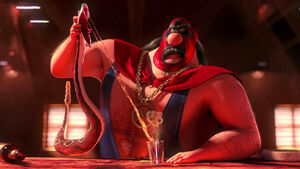 El Macho was a toughest, meanest Mexican super villain of the entire world and some say that he died when he threw himself into an active volcano while riding a shark with 250 pounds of dynamite strapped to his chest. 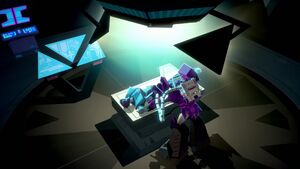 Shadow Striker was once a proud Decepticon warrior until a battle with the Autobot Bumblebee left her severely damaged. However, she was reformatted into a nightmarish new body by Shockwave using remains of her Seeker minions. 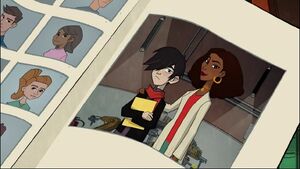 Bob Aken used to be a young prodigy at San Fransokyo Institute of Technology who works with Professor Granville. Later after the unethetical experiment he was made, he becomes a supervillain known as Obake. 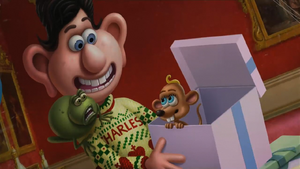 Prince Charles receiving a rat for his birthday, which led to the Toad being replaced from being Charles' friend and later flushed away. 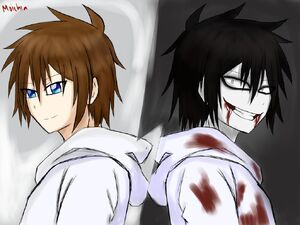 Jeff was originally normal young man with surprising agility that his brother Liu willing to take blame over his fight against a trio of bullies until the same bullies incinerate his face alive in their next fight. Unable to cope with his injuries, he went mad and reduced into serial killer.

Tenko Shigaraki became Tomura Shigaraki by All For One after he was abused by his former father and activating for the first time his Decay Quirk,and he decide to destroy Hero Society in dust.

Dr. Phillium Benedict said he would be the first to act as the principal to get rid of recess.
Add a photo to this gallery 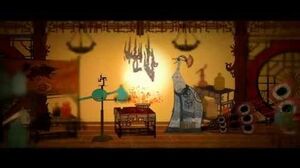 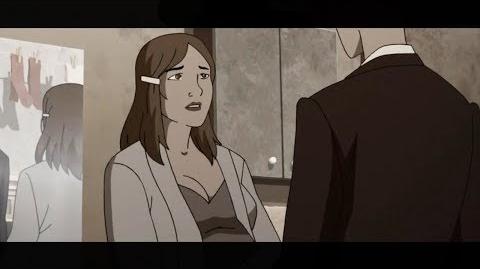 Joker tells His Story Is this really OUR JOKER ?
The Joker fell in a vad of acid during a failed robbery while impersonating the Red Hood, losing his sanity for good. 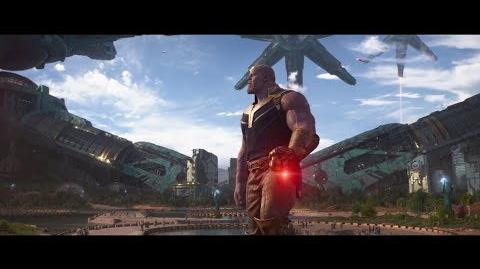 Thanos and Doctor Strange conversation at Titan AVENGERS INFINITY WAR
Thanos telling Doctor Strange about the history of his home planet Titan while altering the reality around it using the Reality Stone to show it's former beauty before stopping. He then explains how he plans to commit painless and randomly fair genocide across the entire universe with the assistance of the Infinity Stones, after which he simply intends to rest, before Iron Man drops a massive piece of debris on him, which only serves to infuriate Thanos and ignite the Battle of Titan. 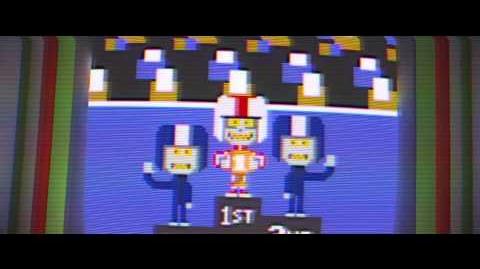 Wreck-It Ralph - Turbo's Story
Turbo's backstory of why did he has started out as a good videogame racer of Turbotime but then he got jealous because Roadblasters got plugged into the arcade and he abandon his home and started to take over the new one which he caused it to crash just before he disguised himself as King Candy of Sugar Rush. 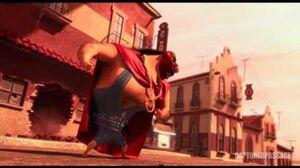 Despicable Me 2 (El Macho)
El Macho was a toughest, meanest Mexican super villain of the entire world and some say that he died when he threw himself into an active volcano while riding a shark with 250 pounds of dynamite strapped to his chest. 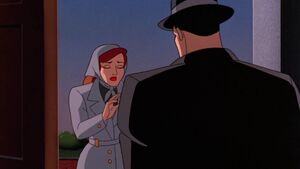 Andrea Beaumont finds the hitman who would later become the Joker at her home in Italy, discovering he killed her father.
Add a photo to this gallery
Retrieved from "https://evil.fandom.com/wiki/Origin_Story/Gallery?oldid=101191"
Community content is available under CC-BY-SA unless otherwise noted.